Poor ethical behaviour can destroy a company’s reputation, but establishing a strong ethical programme can lay the foundation for improved conduct and business performance. 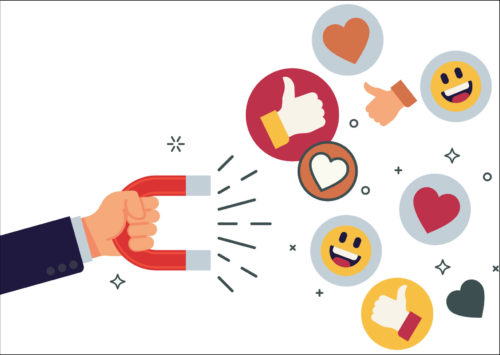 Examples of questionable ethical behaviour by organisations and their employees are easy to find. Consider staff at banks such as Barclays fixing the London interbank offered rate (Libor), Volkswagen’s manipulation of diesel emissions tests and United Airlines’ forced removal by security guards of a passenger from an overbooked flight.

It’s perhaps not surprising then that around one in six employees (16%) in European businesses report feeling some pressure to compromise their organisation’s ethical standards, according to the Ethics at Work 2018 survey by the Institute of Business Ethics (IBE).

“In this world of 24/7 media, ethical issues will normally emerge quickly and spread even quicker, exacerbating reputational risk. Prevention is far more effective than cure.”

Based on research in eight European countries, the IBE study also found that nearly one in three employees (30%) have been aware of misconduct at work. The most frequent types of misconduct mentioned were people being treated inappropriately or unethically (46%), the misreporting of hours worked (35%) and safety violations (30%).

Looking at the UK, 33% of employees who have been aware of misconduct decided not to speak up. Fear of jeopardising their job and failure to believe that corrective action would be taken were the most common reasons.

Such findings should be a concern to all boards. Running businesses with high standards of ethics is crucial. “It’s both the right thing to do and it’s good business,” says Anthony Carey, head of board practice at Mazars. “If you are running an ethical culture, a culture that’s seen as fair, you are much more likely to have highly motivated team members and be able to recruit the best team members, which would bring long-term benefits.”

He adds: “In this world of 24/7 media, ethical issues will normally emerge quickly and spread even quicker, exacerbating reputational risk. Prevention is far more effective than cure.” United Airlines is a case in point. As well as causing potentially long-term reputational damage, ethical mistakes can also be extremely costly, whether in terms of fines, legal costs or loss of business.

“Different types of culture can be ethical,” Carey says. “But you need to be aware that each culture has its benefits and drawbacks. If I have a very individual, go-getting culture, there is a risk that individuals may—if they are driven and target-orientated—be tempted to slip over the line.

“In that culture you need to make sure there’s a strong degree of openness so that if things start to go wrong, you hear about them.

“On the other hand, if you have a team-based culture, there’s a risk that people don’t want to tell on their colleagues. Each culture can bring ethical risks in different ways.”

Regardless of cultural differences, the IBE has identified four building blocks needed for a comprehensive ethics programme:

• Offering advice or an information helpline about behaving ethically;

The role of the board is clearly vital for ensuring that each block is in place and for leading by example.

Developing and embedding an ethical culture is a long-term activity that starts with careful analysis.

“The tone from the top starts in the boardroom; its commitment to wanting an ethical culture needs to also be fully embraced by the management team. You need the right balance of challenge and support.” Carey says. “So, if the board is worried about something, it provides a challenge, but also provides the management team with support when appropriate.”

Developing and embedding an ethical culture is a long-term activity that starts with careful analysis. “It’s important for the board to have done some thinking about what ethical challenges might surface in the organisation,” Carey says. “That allows you to be better prepared.”

Boards also need to take account of the current environment in which their business is operating. “For example, at a time of financial crisis when profits are harder to make, there’s a larger risk of pushing the financial boundaries [than in the good times] in order to achieve the results you have promised,” Carey says. “So it’s important for the board both to be conscious of the general issues facing the business in its sector and also of the issues arising at a particular time.”

As the IBE highlights, training is a key part of an ethical programme. “It’s important to make sure the training goes beyond ‘chalk and talk’,” Carey says. “There’s a role for chalk and talk in setting out what’s in your code of conduct, but equally there’s a role for having a discussion to bring it alive—making it deal with real-life situations; discussing changes that are happening and how you need to respond to them in line with your values; discussing case studies and getting people to share their feelings on particular situations.”

How can boards check the ethical health of their business in practice? Board members need to “know how the business really works in practice, through having good relationships at different levels of the business and through getting good information on what’s happening”, Carey says. Non-executive directors shouldn’t rely solely on getting feedback from executive board members. “They need proper reporting mechanisms so they know, for example, what’s coming up under whistleblowing disclosures, and so they hear about issues arising in exit interviews,” Carey adds.

Employee surveys can also be useful, as long as they ask the “tough questions” to help identify whether there are any ethical issues of concern in the business. Openness can be encouraged through promoting diversity and inclusion. “That’s important for reducing the risk of ‘group think’,” Carey says.

“Through diversity and inclusion you can make sure there’s a challenge when needed. In addition, the more issues are discussed, the more people will start to raise ethical issues if they have got concerns.”