The shadow chancellor has proposed a move towards 10% employee ownership, while the CBI director-general describes the plan as a “wilful misunderstanding of business”. How could this work in practice? 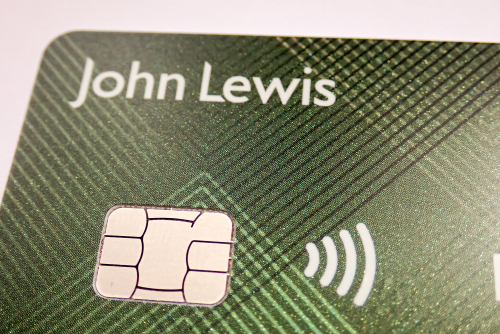 The John Lewis Partnership is based on an employee-ownership model, which offers staff financial benefits and a greater voice in the running of the business. Image: PFlemingWeb / Shutterstock.com

CBI director-general Carolyn Fairbairn describes Labour’s business plan as displaying a “wilful misunderstanding of business”, and would “hobble UK ambitions to compete on a global stage”.

These are strong words against the shadow chancellor’s proclamation of a move towards 10% “employee ownership”.

But do other experts think the plan—which will see employees paid up to £500 out of the fund annually and further dividends going towards public services—has any legs?

A surprising backer of the notion is a partner within a big accountancy firm. Chris Blundell of MHA MacIntyre Hudson believes that the potential adverse impact of diluting company stakeholdings could well be offset by an increase in productivity from a more engaged workforce.

“There is a very strong case for supporting employee ownership given [that] evidence shows it can significantly improve productivity and it is to be hoped more organisations will think about moving towards a John Lewis-type employee ownership business model,” says Blundell.

He also urges the CBI to not make knee-jerk reactions to the plan, and instead help Labour through consultation and refinement.

“So rather than standing against whatever Labour says because it is a Socialist/Marxist party, the CBI and others should be considering how they can engage with Labour to help them adjust their proposals to be workable if they think they aren’t.”

Another proponent, in principle, is Dr Ben Spigel, senior lecturer in entrepreneurship at Edinburgh Business School.

He points out that the UK is “far behind” both the US and European counterparts in productivity, of which this could form part of the solution.

Concerns that innovation will be “stifled” is misplaced. Dynamic start-ups are unaffected by the plans, and often hand over shares in their nascent organisation anyway. And as for those targeted by the plan—250 employees and above—implementing the plan should be no more than an administrative hurdle, he believes.

“If these companies do reach the 250-employee hurdle and list publicly, there is little reason to think implementing the suggested 10% employee ownership provision will be more onerous than other administrative tasks government imposes on companies, such as filing environmental impact reports,” says Dr Spigel.

A major concern is that the extra effort put in by employees would be capped at £500, and the rest “extracted to benefit the government”.

However, the plans are “egregious”, according to Dr Ruth Yeoman, a fellow of the Centre for Mutual and Co-owned Business at Kellogg College, University of Oxford.

For her, it is simply an “employee share scheme plus corporation tax”, and not “employee ownership”.

A major concern is that the extra effort put in by employees would be capped at £500, and the rest “extracted to benefit the government”.

So, what could work? The benefits of financial participation work when combined with other organisation practices, such as information sharing and culture, which contribute to a healthy workplace.

And a financial return isn’t a vital part of the employee-ownership model, says Dr Yeoman.

“In the public sector, community-interest companies (public service mutuals) provide a locked box of assets sometimes jointly owned by employees and service users. There is no financial return in these cases; the benefits to employees and other stakeholders arise from how the collective ownership of the asset provides the basis for equality of status and voice in shared decision-making.”

Worker/board representation has a “vital role to play” in employee ownership, “but only as part of a healthy governance system which is connected to the operating core of the business”, says Dr Yeoman.

“Financial participation combined with a voice system including board representation, is a potentially powerful model for organisational success,” she concludes.