Privatisation and self-regulation has created a financial services sector in the west that is rife with fraud and other criminal activity, says professor Nada Kakabadse of Henley Business School. 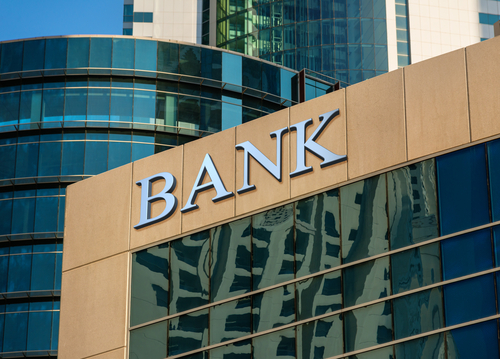 Why is it that western banks are increasingly reliant on business models that reward staff as salespeople, treat clients as fools, and present financial products like goods on a supermarket shelf? The answer requires an appreciation of the neoliberal agenda, which has shaped the way western business has functioned since the early 1980s.

There is every incentive imaginable to drive improper business practices as companies are expected to increase “earnings per share” on a quarterly basis.

A “sales at any cost” culture, where cross-selling has become a norm for banks, drives customers to purchase as many products as possible whether they need them or not. The result is a financial sector that has become swamped in fraud and embezzlement cases that are spreading throughout Anglo-American economies, eroding public trust and threatening to destabilise entire societies.

There little if any threat to the individuals who cause such fraud, while there is every incentive imaginable to drive improper business practices as companies are expected to increase “earnings per share” on a quarterly basis. This is something which is quite impossible at the rates demanded across entire sectors.

A culture of short-termism

Listed companies issue earnings targets on a quarterly basis and their share prices are affected negatively if they default on these. This causes senior executives to inevitably focus on short-term performance as part of a leadership culture that cascades throughout organisations.

Wells Fargo, one of America’s largest banks with a history dating back to 1852, was castigated for fraudulent conduct on a massive scale in 2016 after an investigation uncovered more than 3.5 million fake bank and credit card accounts accompanied by unnecessary and illegal banking charges. The bank was fined $185m by regulators the Consumer Financial Service Bureau, the Office of the Controller of the Currency and the City of Country of Los Angeles, but one could argue the bank’s reputation suffered even more.

The US subprime mortgage scandal of 2007-8 was quickly followed by the UK banking crisis, which revealed amongst other things the widespread scandal of missold payment protection insurance (PPI). PPI was most frequently added on to policies including mortgages, credit and store cards, loans, and car finance agreements between 1988 and 2011, often without asking people if they wanted it or not. The world’s financial markets are still suffering from this subterfuge.

Next on the list of illicit behaviour is Australia, which has recently been experiencing its banks’ complicity in overstating borrower incomes to offer larger loans or mortgages. This practice has been matched by incidents of accounting fraud that rival the Wells Fargo scandal.

According to the February 2018 Royal Commission examining misconduct in the banking, superannuation and financial services industries, fraudulent US and UK practices have been adopted by Australian banks, with institutions allegedly being tied to money laundering, fake payslips, forging documents and using cash-stuffed envelopes as bribes to secure loans. And these are just a selection of the dishonest tactics exposed so far.

Banking regulators are drawn from the industry itself, in effect a revolving door that promotes deep-seated conflicts of interest throughout the ownership of real estate and industry stocks.

Additionally Australia’s Commonwealth Bank is said to have been charging higher fees for no service at a rate above and beyond any other financial institution in Australia before it. This has extended to the heinous activity of placing charges on deceased customers’ accounts for advice the bank wasn’t providing.

The chief executive of Australian financial services provider AMP admitted the company decided to protect its profitability at the expense of complying with the law, and was therefore lying to Australian Securities and Investments Commission (ASIC). It is certainly not in the long-term interests of AMP’s shareholders to try to maintain profitability in this manner.

The Royal Commission has further revealed that banking regulators are drawn from the industry itself, in effect a revolving door that promotes deep-seated conflicts of interest throughout the ownership of real estate and industry stocks.

Products to suit the bank’s needs

When banks also own insurance companies, as in the case of the Commonwealth Bank of Australia, they cross-sell other financial products, such as stocks and bonds, all of which are generic. Even companies like UBS will invest customers into their own products at a very high rate of commission. The key problem is that the products made available suit the bank’s needs, rather than the client’s.

Globalisation and the liberalisation of capital has even begun to show itself in Germany, a stalwart of the global financial market, through a shift in universal banking towards capital markets. The country’s leading bank and a source of national pride, Deutsche Bank, is beginning to show signs of decline since its expansion into these new regimes and most recently has reported a third consecutive annual loss resulting in an inevitable share price drop.

Anglo-American bank’s new higher bonus regime will continue to raise shareholder expectations and demand. This in turn will push bankers to sharpen their neo-liberal practices and within two years at most it is highly likely that we will witness a continuation of the past decades’ banking scandals in the newly liberalised economies of Germany and France.

An issue that spreads beyond banking

Of course this is not just a banking issue. Consider the Volkswagen car emissions scandal, or ‘Dieselgate’ as it became widely known. VW knew there was high demand for small turbo diesel engines in cars because of the fuel economy achieved. However it was impossible to meet regulations for many countries’ emissions standards so they cheated the system. VW was on track to become the biggest car manufacturer in the world but they needed to keep driving sales to meet quarterly projections.

We need to ask ourselves, what is the purpose of our banks?

The reason so few bankers and financial decision-makers go to prison is that their wrongdoing is often perceived as being in the service of achieving higher returns for shareholders, rather than in their own self-interest. The only solution is a switch of focus to the long-term sustainability of banks, rather than value measurements which champion quarterly share price increases. We need to ask ourselves, what is the purpose of our banks?

The Chinese approach is to view banks as being for the benefit of the nation through partnerships with the private sector on long-term capital projects, something the west should give serious consideration to. Whatever the future might be, our financial system desperately needs political and corporate action, along with enforceable legislation and regulation to arrest the inevitable pain of doing nothing.

Nada was elected as a member of the European Academy of Sciences and Arts in January 2013. Her clients in the private sector have included Alliance & Leicester, Citigroup, Microsoft, Motorola, and Vodafone Australia. In her academic role Nada is professor of marketing and reputation at the Henley Business School, University of Reading.

She has co-authored 20 books with her husband, Professor Andrew Kakabadse, and she has contributed more than 75 chapters to international volumes, as well having published more than 150 scholarly articles.