Board directors are entering a tough new era, with regulatory proposals to impose sanctions for directors who deliberately put their employees’ pensions at risk. 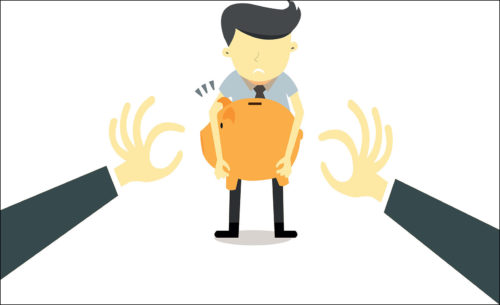 When the construction giant Carillion collapsed earlier this year it emerged that the company went under, leaving liabilities of around £7bn. Observers questioned why the company’s problems were not spotted sooner. But the subject soon turned to pensions when it emerged that £2.6bn of that staggering sum was estimated to be a liability to the company pension schemes.

The implications for employee pension arrangements from corporate failures like Carillion’s and others, such as BHS, have made the management of pensions front-page news. Demand among commentators is that company directors should be accountable as stewards of employee pensions, just as much as they consider themselves captains of industry.

“Directors of companies that sponsor defined-benefit schemes have entered an uncharted minefield.”

The government has taken that message to heart. Carillion went bust in January and, though it wasn’t the only spur for change, in March the Department for Work and Pensions published a white paper notable for its hard line. The proposals, closely followed by a consultation which ran until mid-August, raised eyebrows.

In the proposals, there are new powers for the Pensions Regulator to impose punitive fines on those who “deliberately put their pensions scheme at risk”; the introduction of a new criminal offence to punish those guilty of “wilful or grossly reckless behaviour” in relation to a pension scheme; and new obligations to notify the Pensions Regulator and pension scheme trustees about planned corporate activity.

The proposals crystallised into policy the argument, long-made by many, for a tougher approach to making board directors answerable for company pensions and comes as a significant extension of the regulator’s current powers. Though the final legislation is yet to be published, the environment for company directors will undoubtedly change, according to John Gordon, counsel, and Adam Levitt, partner, at City law firm Ashurst.

“Directors of companies that sponsor defined-benefit schemes have entered an uncharted minefield,” says Gordon. “They need to be careful where they step because there is currently no map to guide them.”

There are two questions observers are asking. The first is whether the system of punitive fines will be brought in retrospectively, applying to events since the publication of the white paper earlier this year. Secondly, there is a lack of clear guidelines as to what may constitute “wilful or grossly reckless behaviour” in relation to the proposed criminal sanction.

A key change in the newly proposed regime is a broadening of the scope of who can be targeted. John Gordon points out that while, in theory, action against individual directors is possible under today’s regulation, in practice it rarely happens. Directors will be much more at risk under the new plans.

When the new proposals are implemented, as everyone expects, the regulator will be looking to see how significant corporate policy decisions made in the boardroom affect the position of pension schemes. “What we expect the regulator to be looking for is whether actions taken at a corporate level have the effect of worsening the position of the pension scheme,” Gordon says.

Given the number of defined-benefit schemes out there—approximately 6,000—that adds up to many decisions and a lot of company directors who must pay much more attention to pensions.

One headline corporate action under the microscope is the payment of dividends, and whether deciding to pay them damages a company’s ability to support a pension scheme. It is no coincidence that one of the big concerns to emerge from events at Carillion is how the company managed to build such huge liabilities throughout 2017, yet still pay a record dividend of £79m in June the same year.

Indeed, the government’s white paper on protecting pensions makes frequent mention of dividends, pointing out that the regulator can already encourage, or require, an employer to reduce payments “if a scheme is not being treated fairly compared to other stakeholders”. Combine that power with the regulator’s parallel ability to investigate corporate activity going back six years and the proposed new punishments take on a new meaning.

However, dividend payments are not the only boardroom decisions that can cause implications for pensions. “We are entering a world where directors should be concerned before making any substantial dividend payment, refinancing, securitisation, returning capital to shareholders, and acquisitions and disposals in general,” says John Gordon.

Given the number of defined-benefit schemes out there—approximately 6,000—that adds up to many decisions and a lot of company directors who must pay much more attention to pensions. Indeed, the Pensions Regulator is understood to have at least 1,000 of those schemes on a watchlist because of their current funding positions.

“The trustees in all pension schemes have one significant power: to invest the scheme’s assets.”

Directors should bear in mind that assets moved away from a company—or companies in a group with responsibility for a defined-benefit pension scheme—could set alarm bells ringing with the regulator and trustees of the scheme. Any action that might push the scheme down the list of creditors, or reduces the amount the trustees could expect to receive in a corporate insolvency, could also raise red flags.

Based on the results of the analysis, directors should decide whether to engage with the trustees of the pension scheme, or possibly even speak to the Pensions Regulator about “regulatory clearance” for the proposed corporate action. The clearance process was once more popular but fell out of favour. Under the new regime, though, companies will be expected to notify the regulator and trustees before carrying out significant corporate activity.

However, the first port of call should be trustees. “You are treating the trustees as important stakeholders in the corporate group—in many cases as the group’s principal unsecured creditor,” says Levitt. Trustees will listen and it is possible they will request some form of reassurance, or quid pro quo, for the pension scheme as a condition for the corporate activity to go ahead. This could be a payment into the scheme when dividends are paid.

The alternative is to take a view that the action will not be detrimental and ignore the trustees. But though that may be an option, it is not one guaranteed to build a good relationship with trustees. These days, trustees expect to have a seat around the table when big decisions are on the board agenda.

And, while the relationship between the board and the pension scheme trustees can appear to be fraught at times, in essence they both want the same thing—a strong company which can support the scheme. They are aligned in that respect.

“If you have collaborative relationships it allows for corporate activity to happen in a very cooperative way”, adds Gordon.

Listen to the trustees

In short, trustees cannot be ignored. John Gordon recommends that when weighing up a big decision, company directors should consider the attitude of the trustees towards the company, as well as the powers they have under the governing documentation of the pension scheme.

“That’s important,” he explains. “The trustees in all pension schemes have one significant power: to invest the scheme’s assets. Many trustees also have the unilateral power to take action which would trigger immediate payments from the company, such as winding up the pension scheme.

“So, it’s easy to see that there are actions trustees can take which could have implications for the company, especially if they engage in a process of investment de-risking because they believe a board decision has made the company’s position more tenuous.”

Further detail, including regulations to implement the new corporate pensions regime, is expected in the autumn. Uncertainty will continue to overshadow the relationship between company directors and pensions until then. One thing we know for sure though is that change is on the way.