The Institute of Directors has called for the supervision of UK governance to be removed from the Financial Reporting Council and placed with a new independent commission. 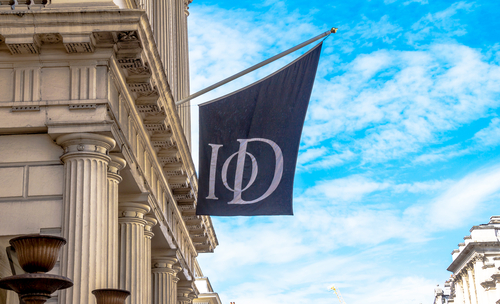 One of the UK’s leading business groups has called for a new commission to supervise corporate governance, separating the task from the existing watchdog, the Financial Reporting Council (FRC).

The Institute of Directors (IoD) said the UK needs an “independent’ corporate governance commission so that the FRC can focus on its core task of supervising accounting, audit and auditors.

In response to a government consultation on the future of the FRC, Dr Roger Barker, head of governance at the IoD, said recent company collapses had created “legitimate concerns” about the role of the accounting watchdog. Governance, he said, was a “qualitatively different” area of “regulatory activity”.

“Corporate governance has been swallowed up within a regulator that now urgently needs to focus its energies on improving the legitimacy of statutory audit,” said Barker.

“The FRC has for many years done a good job acting as the keeper of the UK’s corporate governance code, but we feel its centralised decision-making structure is not conducive to the differing regulatory approaches needed for governance and stewardship on the one hand, and statutory audit on the other.

“There must be a clear distinction between being robust on audit quality, while continuing to nurture the UK’s much-admired principles-based corporate governance regime.”

Future of the FRC

The government launched a consultation on the future of the FRC in June after the body had come in for severe criticism for its role in supervising KPMG, auditors of the collapsed construction giant Carillion.

The FRC was accused of being “chronically passive” and “timid” by MPs in the House of Commons when they examined the Carillion debacle.

The review seeks responses on whether the FRC needs “culture change”, and  whether it is “too slow, insufficiently proactive and whether its actions have [a] sufficient deterrent effect.”

Critically, the review investigates whether the FRC is “too close to, or unwilling sufficiently to challenge”, the Big Four accounting firms: KPMG, PwC, Deloitte and EY.

The FRC recently concluded a review of the UK corporate governance code, which was widely welcomed for placing corporate culture and “purpose” at the heart of UK governance.

Debate surrounding audit in the UK has focused on whether there are enough large audit firms for competition to function properly and whether audit functions should be separated from the Big Four firms’ other business activities, such as tax advice and consultancy.

This week Euan Sterling, global head of governance at Standard Life Aberdeen, said there are concerns that the Big Four audit firms were being affected by commercial interests.

The asset manager has reportedly toured FTSE companies asking them to consider appointing auditors from outside the Big Four.

The Big Four has conceded that public trust in audit may be waning. Bill Michael, chairman of KPMG in the UK, has argued that it is not, however, the time to split the firms from their audit functions.