Investors are advised to oppose a remuneration policy at Whitbread designed to incentivise its demerger from Costa Coffee. 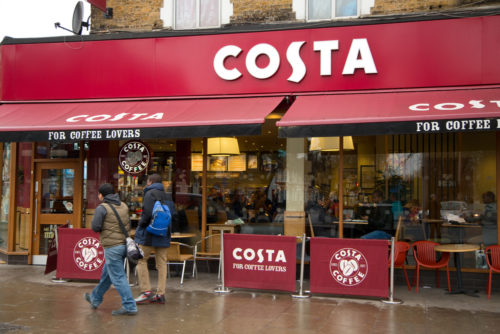 Shareholders have been advised to vote against the remuneration policy behind the demerger of hospitality group Whitbread from coffee chain Costa Coffee.

PIRC, the shareholder advisory body, has told investors they should oppose the pay policy after it was amended to build in demerger incentives.

PIRC said the amendments mean the chief executive could achieve 500% of base salary as maximum remuneration from the company.

The remuneration committee at Whitbread, owners of brands such as Beefeater Grill, Brewers Fayre and Table Table, left most of the policy intact but adjusted the long-term incentive components to underpin the demerger.

PIRC said: “Including the proposed one-off grant, maximum potential award under all incentive schemes for the CEO is considered excessive as it amounts to over 500% of base salary, which is largely above the acceptable threshold of 200% of salary.”

The peformance share component for the CEO amounts to 400% of base salary.

The pay plan will be voted on at Whitbread’s EGM on 27 June.