The Financial Conduct Authority has launched a review to establish whether Aviva may have broken market abuse rules. 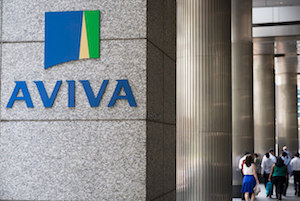 Aviva could face a regulatory probe over efforts to cancel £450m in preference shares.

The Financial Conduct Authority (FCA) has confirmed in a letter to a powerful House of Commons committee that while it has stopped short of ordering a “formal investigation” of Aviva’s actions, it is “undertaking a review to establish whether there are circumstances that might require an investigation to be conducted.”

Aviva announced on 8 March that it intended to cancel to preference shares, and immediately faced a backlash in the press from shareholders.

Last week the company signalled that it was rowing back on the decision.

Andrew Bailey, chief executive of the FCA, said in his letter to Nicky Morgan, chairman of the Commons treasury committee that the watchdog would look at Aviva’s compliance with Market Abuse Regulation.

Despite reassurances from Mark Wilson, Aviva’s chief executive, over the shares, Bailey said: “However, the FCA’s enquiries continue and, in particular, we are focusing on the treatment of those holders (and potentially now former holders) of the company’s irredeemable preference shares that may have lost out financially as a result of these events.”

In a response to Bailey’s letter, Morgan issued a statement saying: “I welcome the FCA’s review of Aviva’s preference shares plan to establish whether market abuse rules may have been broken.

“The FCA rightly highlighted the legal uncertainty surrounding the rights and terms of preference shares; I expect the Treasury will consider how best to resolve this uncertainty as a matter of urgency.”

Bailey said in his letter that he saw “value in a broader review of the legal issues that this case has raised along with consideration of how best to ensure a market-wide understanding of the rights and terms of preference shares.”

Bailey added that legal changes to tackle plans like Aviva’s would be beyond his organisation’s powers.