The Financial Reporting Council faces a government-backed independent inquiry into its operations, as revealed during the Carillion investigation. 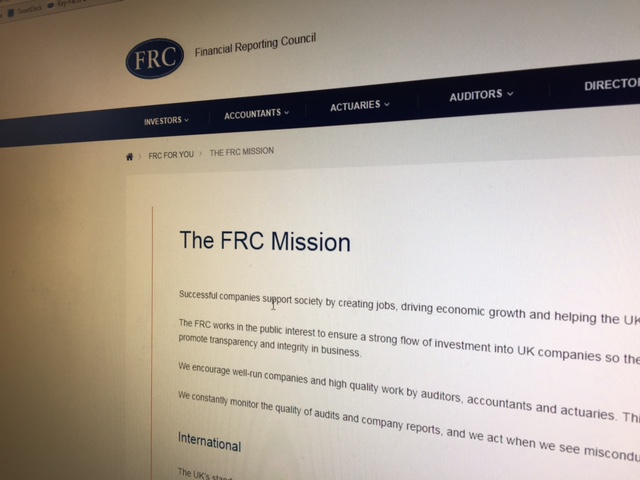 Accounting’s regulator faces the prospect of an inquiry into its competency by the government.

Business secretary Greg Clark MP told a parliamentary committee investigating the collapse of Carillion that the “timeliness and record” of some of the Financial Reporting Council’s (FRC) investigations “could have been more prompt and rigorous”.

“There’s a strong case for reviewing the operations of the FRC and it’s something I intend to require,” he added.

Clark’s call comes during a turbulent time for the accounting and finance regulator. It faced strong criticism for its slow progress in coming to a decision on whether KPMG auditors should be investigated about their role in HBOS’s collapse.

As part of discussions about its operation, CEO Stephen Haddrill has previously called for an extension of its powers to encompass all directors of listed and larger private companies. In yesterday’s evidence session, Clark said much of the FRC’s requests about power and reach “were already available to them”.

The FRC is also undergoing a revamp of the UK Corporate Governance Code, including the implementation of government-recommended changes regarding executive/worker pay ratios and a push to place an employee representative on a company’s board.

A further review of its code is expected later this year.

In response to Clark’s comments, an FRC spokeswoman stated: “We welcome a review of the work we do and will contribute positively to that process in pursuit of our public interest remit and greater transparency for investors and other stakeholders.

“The review provides an opportunity to consider changing public expectations and whether our powers are adequate to meet those.”