Jane Diplock, one of the founders of integrated reporting and a committee chair at the International Integrated Reporting Council, believes we’re finally moving towards a new, more holistic era for capitalism — but it’s early days yet. 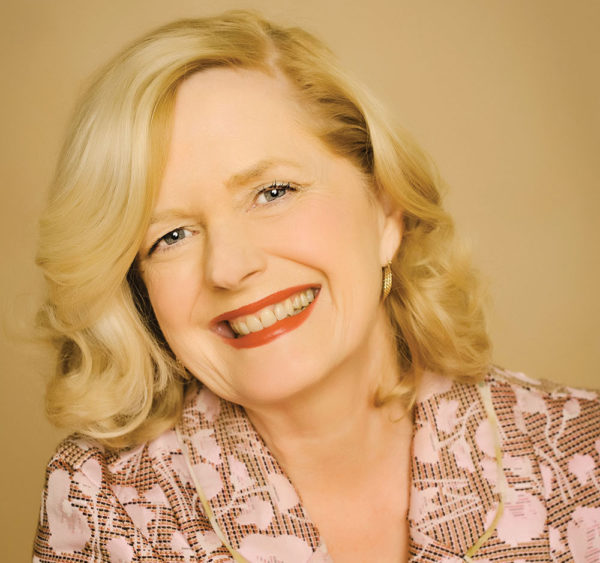 Tipping points are sometimes hard to see when they’re actually happening. Much easier to spot them in retrospect, when the faultlines between the past and present are more easily defined.

When it comes to integrated reporting, however, Jane Diplock, one of the founding participants in its creation, believes the threshold has been crossed. There is agreement within the International Integrated Reporting Council (IIRC), where she has served as ambassador, and currently chairs the governance and nominating committee, that the reporting system has reached a critical juncture.

There is agreement within the International Integrated Reporting Council…that the reporting system has reached a critical juncture.

“The general consensus was that the tipping point has been reached and that the breakthrough phase is upon us,” she says. “But there is still a lot of work to do.”

Diplock was present in 2010 when integrated reporting was effectively launched at a meeting at St James’s Palace, hosted by Prince Charles. Back then, she was chairing the International Organisation of Securities Commissions. In a few short years, integrated reporting has gone from strength to strength.

And if anyone has a view of its progress, it is Diplock.

Diplock, a New Zealander, is in a position of strength to speak about the way integrated reporting has been welcomed around the world. Indeed, she is widely travelled and can namecheck its approval in countries as diverse as South Africa, Japan, Malaysia and India where the markets regulator SEBI (the Securities and Exchange Board of India) has announced that the country’s top 500 companies will be required to switch to the reporting system.

Diplock points to big advances in the past two years. Indeed she tells the story of the IIRC’s then chief executive Paul Druckman, visiting New Zealand to explain to business leaders the benefits of integrated reporting. “They were interested but not necessarily convinced,” says Diplock, herself a former chairman of New Zealand’s Securities Commission.

Recently, however, the IIRC’s current chief executive Richard Hewitt visited. “I have to say there was enormous enthusiasm and the numbers of [integrated] reporters here has increased dramatically,” she says.

So what’s changed? Why have regulators and companies around the world started shifting to integrated reporting? Is it solely because it’s so attractive, or are there other drivers? Diplock points to the benefits dawning on investors, peer group pressure and the fact that integrated reporting is beginning to be accepted as a key indicator of good governance.

“[Integrated reporting] is something that’s taken some time to be accepted but, now that it is, there is a race to the top to make sure that companies are part of the cohort that demonstrate that level of good governance.”

“Their endorsement reflected investor appetite,” adds Diplock. “I think we’ve also seen companies look at their peers and seen them compiling integrated reports and, having looked at their share prices and cost of capital, clearly thought it has been an advantage.

“It is also now being recognised as a marker of good governance. This is something that’s taken some time to be accepted but, now that it is, there is a race to the top to make sure that companies are part of the cohort that demonstrate that level of good governance.”

And the “race” is being driven by competitive concerns and “disruptive” factors, Diplock points out.

“The disruptive issue means that the risks that are currently involved in a business model need to be understood holistically. They may arise out of the environment, they might arise from child labour, or other issues in your supply chain. So, they’re not merely issues about accounting standards, which is where people were focusing before.

“These issues are enormously important for the sustainability of the business model but they’re not necessarily reflected in traditional accounts.”

The are other drivers to consider. Stock exchanges and financial regulators around the world have increased their demands for sustainability reporting. This has caused companies to collect the very data needed for integrated reporting and caused boards to consider the questions arising from this information.

“That means an increased awareness among boards and company leaders about those issues, because they need to be measuring and articulating them,” says Diplock. “Frankly, there’s also the reputational risks that have occurred for major global corporates as a result of issues affecting the non-financial realm. They have been very hard lessons for a lot of boards, and they’re not lessons that can be ignored.”

“The holistic approach is what is going to enable you to remain sustainable, and that’s key to investors and other stakeholders.”

Put like that, Diplock describes a business world which is entering into a new era, one she thinks will bring about permanent change. She emphasises “integrated thinking”, the nebulous but critical activity which sees business leaders considering the sustainability of their business models in the short, medium and long term.

“If you look at those highly successful entities around the world you’ll see that the leadership in those entities are not merely looking at the financial reporting elements of their business model. They’re looking far more broadly at the environmental and social governance—how they’re interacting with their communities and whether that business model will be sustainable going forward.”

And that’s the new era of business. “The holistic approach is what is going to enable you to remain sustainable, and that’s key to investors and other stakeholders,” says Diplock. “There’s no going back. I think it’s the way this century will continue to develop.”

And what will make it permanent, rather than just a passing fad? What conditions have to change to make integrated reporting something that sticks? The answer is systemic, and one which probably emerged from the experience of the financial crisis, coupled with the growing sense of urgency in protecting natural resources.

“The expectations of the community are going to be that capitalism is actually sustainable,” says Diplock. “We can’t have a zero-sum game of capital, where some win and some lose. In order to be a successful company all of your stakeholders are going to have to win, in my view,” she adds.

And for all her enthusiasm about integrated reporting, she has some reservations about its progress, suggesting that some corporates remain difficult to persuade of its virtues.

“In order to be a successful company all of your stakeholders are going to have to win, in my view.”

“Some companies are either not alert to the investor demand or, perhaps, to the academic research that shows there’s some correlation between higher share prices and lower cost of capital for companies that use integrated reporting.

“There are also some companies that say, ‘Well, if it’s not absolutely compulsory and required by the regulator, why should I do it? Let’s do the bare minimum, let’s tell the investors the bare minimum.’

“In my view those companies will be left behind, because investors are already demanding it.”

That aside, Diplock seems to see the future for integrated reporting as relatively rosy.

“I’m optimistic that we’ll see an explosion of integrated reporting all around the world and that this is going to be very, very good for both investors and for other stakeholders, as well as for the whole notion of what capitalism can contribute to the world.

“Some cynics have argued [that] the time of capitalism is over. My view is that it isn’t. It’s going to transform itself into a much more holistic concept, which will assist sustainability over the short, medium and long term.”