Fund manager BlackRock says it will look to ensure boardrooms are diverse and that companies are revealing their exposure to climate risk. 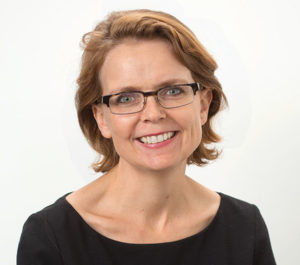 BlackRock, the world’s biggest fund manager, will be paying close attention to board and climate risk disclosure, according to Michelle Edkins, global head of stewardship.

In an interview for The Wall Street Street Journal, Edkins said climate risk would be an engagement issue, while boardroom diversity would see also see the fund manager talking to boards, especially regarding gender.

Edkins is quoted as saying: “Some of the issue-specific proposals are getting away from the point that these are board-level issues and it is the board of directors that should be held accountable.”

In an interview with Board Agenda, Edkins remarked that the US had experienced particular issues with diversity.

“Broadly speaking, the US has stagnated on board diversity…But it’s because too many people see it as a social issue; they talk about it being fair to have diversity rather than what the academic evidence shows—[that] it makes boards better,” she said.