Climate change has placed a premium on moving to sustainable business models and a low-carbon economy. The task will need “positivity of purpose“ and “informed assessment“ of climate risks, writes Tom Delay of the Carbon Trust. 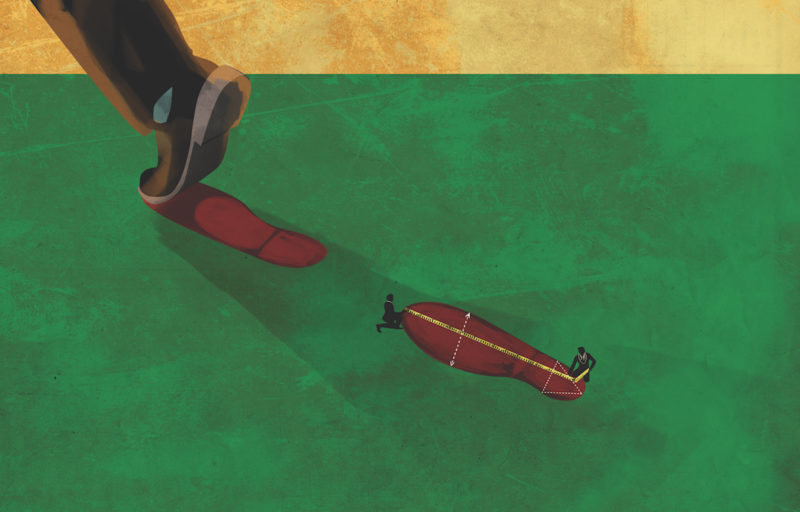 It is a quote attributed to Henry Ford: “Whether you think you can, or you think you can’t—you’re right.” The saying is common within management advice, expressing the important role that positivity of purpose plays in delivering on goals.

However, when applied within the context of a complex systemic issue such as climate change, the question asked needs to be far broader. Instead, it becomes about whether a wide range of significant and interconnected events will or won’t happen, regardless of what you think you can or can’t do as an individual or an organisation.

Predicting the global response to climate change, as well as the impacts that will result from this, is one of the great strategic challenges currently faced by boards and investors. Getting it right could help unlock future-proofed revenue streams and considerable profits. Getting it wrong could prove to be an expensive mistake, or even pose a threat to a company’s ongoing existence.

When it was signed in 2015, the Paris Agreement was almost unprecedented in its unanimity: a clear direction of travel. Practically every government in the world signed up to the common ambition of holding the increase in global temperatures well below 2°C above pre-industrial levels.

However, there is still doubt over whether those governments genuinely believe their efforts can be successful. Even if all current national commitments are met, UN estimates suggest that the world will still warm by somewhere between 2.9°C and 3.4°C. And this projection was made before the Trump administration signalled US withdrawal from the Paris Agreement.

On the other hand, the shift towards a low-carbon economy is occurring far quicker than anticipated. The level of global greenhouse gas emissions has remained broadly steady for the past three years, breaking the link between economic and emissions growth.

Predicting the global response to climate change, as well as the impacts that will result from this, is one of the great strategic challenges currently faced by boards and investors.

The costs of clean energy technologies continue to plummet on a curve steeper than even their most passionate advocates would have predicted just a few year ago. We are seeing breakthroughs in batteries that are unlocking new eras of electrified transport and energy storage.

And many of the world’s biggest cities and corporates have now committed to align their own targets with what the science says will be necessary to keep warming well below 2°C.

The question is no longer whether we will move towards a low-carbon economy—it is when and how? And, importantly, how much warming will be locked-in during this transition?

Most obviously there are the direct impacts of climate change: for example, the costs associated with more frequent or severe incidents of extreme weather disrupting operations and supply chains.

Then there are the societal changes that occur in response to these issues, particularly policy and regulatory changes, but also exposure to rapid technological advancements driven by investment in innovation, or shifts in customer attitudes and behaviour.

For some highly exposed sectors there are even legal risks. As the science of extreme event attribution improves, fossil fuel companies are finding themselves in the crosshairs of activists and NGOs. Only recently the cities of San Francisco and Oakland started proceedings against five oil companies to get them to pay for the cost of protecting the Bay Area from rising sea levels and other effects of global warming.

Fortunately there is a growing suite of practical tools that companies are using to help them in their assessments of climate-
related opportunities and risk. Most prominent among these is the new framework of recommendations developed by the G20 Financial Stability Board’s Task Force for Climate-related Financial Disclosures.

Adoption of the recommendations are being strongly supported by some of the world’s largest fund managers. Earlier this year BlackRock and Vanguard were instrumental in a shareholder revolt at ExxonMobil, requiring management to disclose climate risk. And Aviva Investors has warned more than 1,000 companies that it will vote against their annual reports if they do not publicly disclose the risks their business models face from climate change.

Of particular importance is having a clear view on what would happen if the world were successful in delivering on the terms of the Paris Agreement.

The format of the recommendations do not require companies to arrive at a particular end point. Instead they take companies through the process of properly considering relevant external factors and coming to their own conclusions. An increasing number of large listed companies across multiple industries are committing to do exactly that, such as Philips Lighting, Iberdrola and WPP.

As Mark Carney, chair of the Financial Stability Board, explained when launching guidance on climate-related financial disclosures, this information will simply “allow investors to back their convictions with their capital, whether they are climate optimists or pessimists, evangelicals or sceptics.”

From a corporate perspective he also described how it will help executives to “position their businesses to win, rather than be left behind in the transition to a low-carbon economy.”

The guidance advises companies to take a scenario-planning approach, understanding what the impacts on business could be under different global responses to climate change. Of particular importance is having a clear view on what would happen if the world were successful in delivering on the terms of the Paris Agreement.

Of course, for each company and sector, the approach to forecasting will to some extent need to be bespoke. But it is likely that, as time goes by, there will be greater levels of standardisation and commonly used assumptions, as methodologies become increasingly sophisticated and the science becomes more certain.

A related trend, one that has become increasingly visible over the past couple of years, is for companies to set themselves science-based targets on climate change. This involves aligning their operations with what is objectively required to deliver on 2°C goals within their own operations, as well as setting ambitious targets on reducing indirect emissions outside their control, by influencing suppliers or customers.

Currently more than 300 corporates have committed to do this through the Science Based Targets Initiative, a collaboration between the World Resources Institute, UN Global Compact, WWF and CDP. Within this group there is even a subset of major companies—at present Tesco, Carlsberg Group and BT—that are going even further and aiming for the Paris Agreement’s aspirational target of 1.5°C.

By basing future plans on the best available climate science, a business can put itself on a trajectory ahead of regulatory risk, and objectively claim to be taking sufficient levels of action on emissions. Equally as important, this can unlock a number of commercial benefits as well, which go beyond mere reputational enhancement.

Those who believe they can do nothing and continue with business as usual are far more likely to succumb to risks, miss opportunities and fall by the wayside.

It is now well established that a strong focus on sustainability helps companies to improve the efficiency with which they use resources and energy, cutting costs and boosting productivity. But what is now also becoming apparent is that there are huge opportunities in selling the solutions for a low-carbon future in the here and now.

BT reports that 22% of the firm’s global revenues are linked to ICT products and services that help customers reduce their own carbon footprint. Volvo will only manufacture hybrid and fully electric cars from 2019. And Shell is opening its first forecourt in the UK that won’t sell petrol or diesel.

To go back to the Henry Ford quote, although an individual business may not be able to solve global warming alone, it can put itself on a path to deal with it.

What is needed is a positivity of purpose, alongside a rational and informed assessment of the future impacts of climate change and the shift to a low-carbon economy. Those who believe they can do nothing and continue with business as usual are far more likely to succumb to risks, miss opportunities and fall by the wayside.

The responsibility for company boards is to guide their organisations through this transition and help them to thrive in a sustainable future.

Tom Delay is chief executive of the Carbon Trust and chairs the advisory board for the MSc in Climate Change, Management & Finance at Imperial College.