Efforts to improve global reporting on human capital management represents a major shift in corporate governance, and offers companies a competitive advantage that no board should ignore. 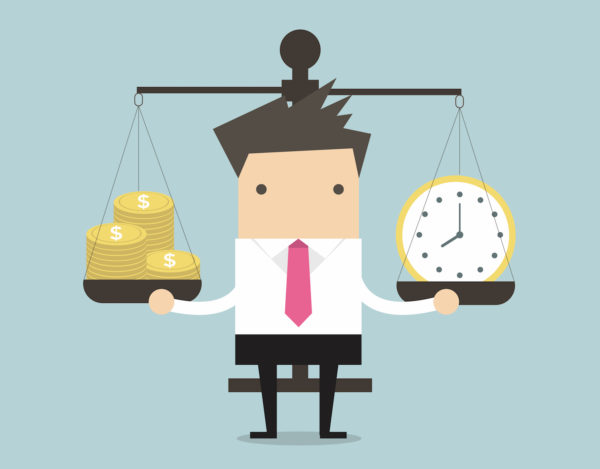 On 6 July 2017, the Human Capital Management Coalition (“the Coalition”), a group of 25 asset owners representing more than $2.8trn in assets, petitioned the US Securities & Exchange Commission (SEC) to change its rules requiring company reporting to “disclose information about their human capital management policies, practices and performance”.

The Coalition is seeking these disclosures because it is convinced that they are material to their investments; any board would be delinquent if it failed to investigate further.

The implications of this development are far-reaching, and a well-conceived response is required if you are to avoid any unwanted repercussions. The Maturity Institute’s comment to the SEC has already been posted and should be useful in helping you to formulate your response.

Of course, your preferred option might be to ignore the petition, especially if your company does not fall within the SEC’s jurisdiction. Such a stance is unlikely to help though. This petition is not the only initiative on human capital reporting. The ISO (International Organization for Standardization) supports the petition, as part of improving global HR standards and, in the UK, ShareAction’s Workforce Disclosure Initiative, backed by 79 investment bodies, has already landed on the desks of the FTSE100.

If you want such activity to add value, rather than add further “box-ticking” to your bureaucracy, you should be proactive and take control of the agenda. The Coalition is seeking these disclosures because it is convinced that they are material to their investments; any board would be delinquent if it failed to investigate further.

When you understand the full implications of human capital disclosure you will begin to realise that it represents the most significant shift in corporate governance in your lifetime and a tremendous competitive advantage if you do it right.

Your first advantage comes when you realise that the SEC, the Coalition, the ISO and ShareAction have no expertise in the field of human capital measurement. For example, the petition asks for “specific rules-based disclosures such as the amount spent on employee training in the past year” (page 27). You might see nothing untoward in this apparently innocuous data and you probably collect it already.

Talking about people as your “greatest asset” is one thing; providing evidence that you realise its value is another.

A mature, human capital analyst, however, views it in a totally different light. They regard it as throwing money at training without any evidence of value to show for it. It implies you employ people who like going on courses without taking any accountability for the outcome. Ill-conceived human capital metrics can unwittingly send all the wrong signals.

Talking about people as your “greatest asset” is one thing; providing evidence that you realise its value is another. The requirement to treat people as valuable capital is already disrupting the conventions of management.

Ask yourself where human capital value is shown in your company accounts today: it is nowhere to be seen, because the conventional training your chief financial officer (CFO) received only measures people in terms of their cost. Any professional CFO will quietly admit as much.

In fact, it is the accounting bodies signed up to the International Integrated Reporting Council (IIRC), based at the ACCA HQ in London, which is promoting a new “integrated reporting framework” to incorporate human capital—even though they have yet to produce convincing measures.

“People as cost” has always been a fundamental flaw in accounting theory, and “people risk” continues to be a huge blind spot in audit practice.

“People as cost” has always been a fundamental flaw in accounting theory, and “people risk” continues to be a huge blind spot in audit practice. This is why annual reports have so little to say about the value of employees, and any references to people being your “greatest asset” are likely to ring hollow, even if they are genuinely heartfelt.

People never were an asset and never will be. Better to focus on the value they create today and their potential value for the future. Scrap existing measures of “training hours”: at best, they make you appear like a “benevolent patriarch/matriarch” but from an earlier, antiquated, style of leadership.

The person you might reasonably expect would have all the right data, your chief human resources officer, was the one who produced employee numbers and training hours for your last annual report. If he/she has not already earned a place on your board, it is probably because they never provided any evidence of their own value. Before you invite them to your next board meeting you should realise that they face the same predicament as the accountants. Their biggest professional body, the SHRM (the American Society for Human Resource Management), signally failed to rise to their own challenge of setting international standards for “investor metrics”, under the auspices of ISO, back in 2012.

This partly explains why the Coalition had to open up their own direct route to the SEC. Moreover, they are particularly concerned with having the most accurate and predictive indicators of long-term performance. They have to be able to spot the missed value opportunities and hidden risks behind the present, very limited, and sometimes misleading information offered.

For example, which bank is most likely to be harbouring the next “rogue trader”? How confident are you that the next scandal or crisis, in terms of people risk, is not just around the corner? Your shareholders and investors need to know today, not after the event.

Who knows how the SEC will react to this petition? Will it result in better human capital indicators? At least the Coalition is ahead of the human capital information field when it asks for “… more open-ended principles-based disclosures like how training expenditures are aligned with a changing business strategy” (page 26). This is right on target in value terms, and you would do well to make a simple decision on this today.

All training that fails to satisfy either of these two clear criteria is, by definition, unfocused and potentially worthless expenditure.

You can establish a solid principle, and a workable policy, for every single employee attending any training programme. Before they attend, they should be required to explain how their training will align with the business operations, and there are only two factors they need to consider: Will this training add value (defined by the MI as a combination of output, cost, revenue and quality) or will it reduce any risk factor? All training that fails to satisfy either of these two clear criteria is, by definition, unfocused and potentially worthless expenditure.

Human capital disclosure should prove to be the best of both worlds if you handle it carefully. It shows respect to the regulators, in their legitimate efforts to maintain a level playing field for legal competition while not being swayed by outmoded management conventions in finance and HR.

So, use this opportunity now to set an example of good governance. Embrace the advent of meaningful human capital disclosure with better metrics. Your shareholders and employees will be very grateful for the value it creates.

Paul Kearns is chair of the Maturity Institute.