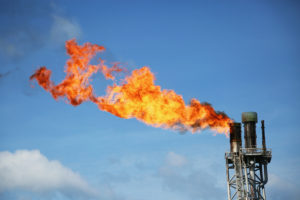 Aidan Heavey, chief executive of Tullow Oil, will succeed Simon Thompson as chairman of the company.

The appointment runs counter to guidance in the UK corporate governance code, which advises that chief executives should not become chairman in the same company. Tullow offered some explanation.

A statement from Tullow said: “Aidan Heavey’s appointment as non-executive chairman reflects the board’s belief that, owing to the unique nature of Tullow’s business and relationships across Africa, a phased transition in the leadership of the Group is appropriate.”

The statement said Heavey would be chairman for no longer than two years, starting from April, and his appointment will rest on a vote at the company’s AGM. The company said it would be discussing the issue with shareholders prior to the meeting.

Simon Thompson said: “With Aidan as chairman, Paul and Tullow will continue to benefit from the founder’s years of experience and deep understanding of the relationships that underpin our business in Africa.”

Paul McDade, currently chief operating officer, will become chief executive in April. Heavy said: “Paul has run our business as COO since 2004 and has two major deepwater developments to his credit at Jubilee and TEN.

“He is a Tullow man to his core and I can think of no one that I would rather have succeed me. I look forward to working with him closely during a transition period before assisting the board in finding my successor as chairman.”