CIAM, the activist shareholders, are campaigning for governance reform. 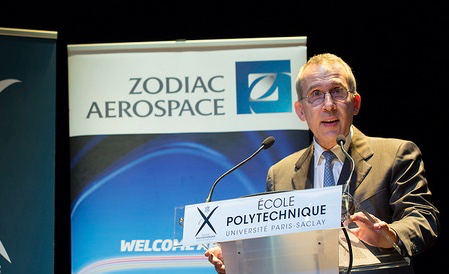 French manufacturer Zodiac Aerospace has become the target of activist shareholders, who are demanding changes to corporate governance.

The Financial Times reports that CIAM, a Paris-based hedge fund, is attempting to co-ordinate other shareholders to block the appointment of a new supervisory board member, and oppose the granting of performance shares to chief executive Olivier Zarrouati, deputy CEO Maurice Pinault and former CEO Yannick Assouad.

The FT quotes Anne-Sophie d’Andlau, co-founder of CIAM, arguing that Zodiac’s governance is “not correct” and constitutes an “impediment” to resolving operational issues.

CIAM opposed the appointment of Fidoma to Zodiac’s board. Fidoma is the holding company of the Domange family, already represented on the board by chairman Didier Domange.