Seven hundred companies have submitted Modern Slavery Act statements, but few have met all the core elements of the law. Resources, a lack of knowledge and a need for more guidance have all contributed to a slow start. 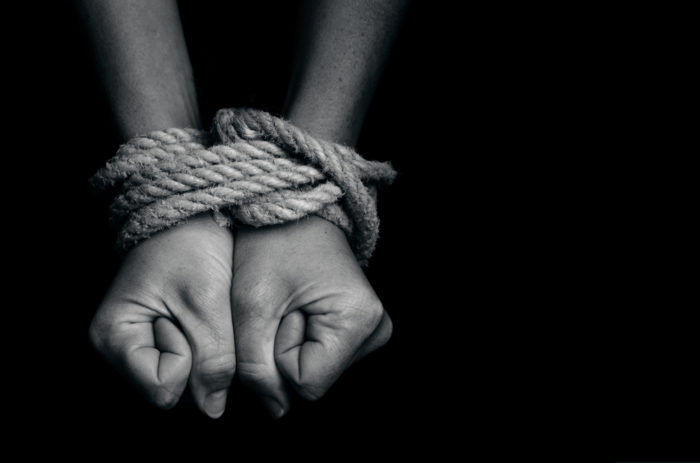 Theresa May, the UK prime minister, has made a campaign against modern slavery one of her flagship policies. But even as she recently called for Britain to lead the world in beating human trafficking, businesses in the UK were still coming to terms with their responsibilities.

The end of September saw the deadline for companies to complete their first mandatory statements under the Modern Slavery Act. But, according to the Business and Human Rights Resource Centre, the results were disappointing.

“Many companies failed to provide any information on the action they are taking, or be open about where the risks lie in their supply chain.”

Of the 700 businesses that submitted statements, just 62 complied with the three core obligations under the law: explicit board approval for the statement; sign-off from a board director or equivalent; and availability of the statements on a company website.

The resource centre is not impressed. Phil Bloomer, an executive director at the Business & Human Rights Resource Centre, writes in an article for Reuters that there is a “gulf” between the companies providing the best statements “and the majority of companies providing little information or seeking to tick boxes”.

Bloomer also highlights a problem with what the statements say. “The content of statements is also not matching the sentiments from companies that they wish to end this scourge,” says Bloomer. “Many companies failed to provide any information on the action they are taking, or be open about where the risks lie in their supply chain.”

The Modern Slavery Act 2015 came into force in March last year. Among its measures it established a special commissioner to encourage best practice in slavery prevention and new powers to seize the assets of human traffickers.

At first there was little in the bill to place responsibility on companies, but a campaign brought about the Transparency in Supply Chain provision, which demands that companies with a turnover of £36m or more compile annual statements disclosing their efforts to ensure no slavery in their businesses or supply chains. They can also choose to disclose that no steps have been taken. There is no compulsion in the legislation to conduct supply chain due diligence, nor are there any penalties for non-compliance.

There is, however the court of public opinion. Phil Bloomer’s article is an early attempt to shine a spotlight on the quality of statements so far. His criticisms include the observation that similarities between many statements indicate the use of disclosure templates. He suggests that the consultants providing advice may be providing little more than compliance.

“Some of them do not seem to be fully aware of what to focus on to make their statements more effective.”

Bloomer is not alone in being concerned. Philippa Foster Back, a director at the Institute for Business Ethics, says some companies have struggled to focus on “the relevant issues”. According to Back, many statements show a “tendency to talk about their general commitment to ethics rather than bringing attention to the prevention of modern slavery”.

But there also seems to be a knowledge deficit. “Some of them do not seem to be fully aware of what to focus on to make their statements more effective”, says Back.

There may be other issues explaining why some companies have been reticent in their statements. The CBI says businesses are taking a range of measures but believes that they face a tall order in combing through their suppliers.

“The main hurdle for businesses will be the limitations of due diligence where they have large and complicated, multi-tiered supply chains,” a statement said.

Awareness and understanding of the Act was initially low—not helped, according to a CBI statement, by “poorly drafted guidance and legislation”. In fact, the CBI believes businesses are still in need of help from the government, even though they are now catching up with their responsibilities.

“The main hurdle for businesses will be the limitations of due diligence where they have large and complicated, multi-tiered supply chains.”

“It would be good to see further clear guidance, especially for smaller businesses the Act covers.”

The Institute of Directors (IoD) has smaller-scale businesses in mind too. According to Andy Silvester, head of campaigns at the IoD, there is a resource issue: small companies do not have compliance units or the ability to “conduct high-quality audits”; they also lack the “technological nous” to monitor where their imports come from.

“It’s important, therefore,” says Silvester, “that the government does all it can to work with international partners to drive higher standards of enforcement and investigations in foreign countries too.”

He adds that if the momentum established by the Act is to be maintained, “we need to see the government and corporate partners call out bad behaviour when they see it.”