Speculation in the press suggests the UK’s new prime minister will tackle high levels of executive pay by strengthening shareholder rights. Governance body ICSA suggests this will not work. 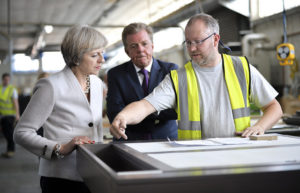 UK governance body ICSA has questioned whether an increase in shareholder rights would counter advancing levels of executive pay.

The response comes after widespread reports suggest the government, under new prime minister Theresa May, will offer shareholders more powers, potentially through a new shareholder committee.

Simon Osborne, chief executive of ICSA, said policies since 2002 that had boosted both voting rights and transparency had done little to curb executive pay levels.

He lay the blame at the door of investors who fail to use the rights they already have.

He said: “The issue is not that shareholders lack the rights that would enable them to hold companies properly to account, but that they are often reluctant to use them.

“Looking at the five largest shareholder revolts this AGM season, it is striking that the average vote against the report was 54% but the average vote against the chair of the remuneration committee was less than 1.5%. Unless investors become more willing to use the powers they already have, it may be necessary to consider different — and possibly more radical — reforms.”