Organisations including Amazon, Apple and Berkshire Hathaway are named and shamed by the international non-profit for ‘insufficient transparency’ in their environmental disclosures. 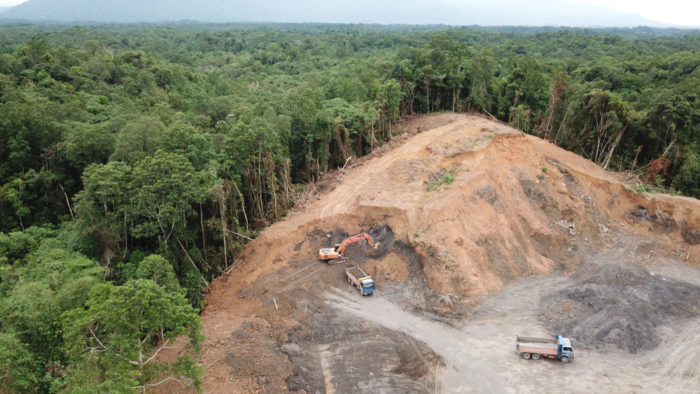 Being named and shamed is never a comfortable event, but hundreds of companies this week shared the experience as campaigners criticised their lack of transparency on environmental information.

Amazon, Volvo, Apple, Barratt Developments, even Warren Buffet’s Berkshire Hathaway, were among those firms identified as having made environmental disclosures that fell short of the expected standard.

The list of 707 companies was compiled by CDP, the non-profit global environmental disclosure platform, along with 88 major investment firms with around $10trn in assets under management.

The companies were sent questionnaires across three themes: climate change, water security and deforestation. Those that made the name-and-shame list were companies whose disclosures failed to meet expectations.

Emily Kreps, global director of investor initiatives at CDP, says transparency was required from companies “in the form of consistent, comparable and relevant metrics that are easy to access compare and benchmark”.

Among the reasons companies gave for not supplying information were a lack of resource; the information was already disclosed elsewhere in reports; and an insistence from many that investors have yet to ask for the kind of environmental disclosures sought by CDP.

According to Kreps: “Investors are asking for this information and using it—for corporate engagement, selecting stocks and building investment products. Seven thousand companies are already disclosing though CDP and providing the markets with the information it is asking for; the vow of silence from non-disclosing companies cannot go on.”

CDP’s questionnaires reflect guidelines for reporting spelled out by the G20’s Task Force on Climate-related Financial Disclosures (TCFD) in 2015. There is mounting pressure from many quarters for companies to adopt the TCFD guidelines. CDP would prefer they become mandatory.

The companies targeted in the CDP project were chosen “because of their high environmental impact and lack of transparency on issues to date,” and comes as part of a campaign to use shareholders to influence companies. According to Sophia Cheng, chief investment officer at Cathay, investors can play a role in “encouraging” companies to improve environmental disclosures. “Climate change, deforestation and water security are critical challenges that require immediate action,” she said.

Companies that fill in the CDP questionnaires face requests to disclose the highest management level position, or committee, with responsibility for climate change policy; revealing their approach to setting and monitoring water-related targets; and revealing the impact on their businesses of potential forest-related risks.

CDP’s conclusions chime closely with the TCFD itself in a recent report reviewing adoption of its guidelines. The TCFD worries that current company valuations “do not adequately factor in” climate related principally because of a lack of information available to investors. Asset managers, it says, “need better information”.

Underlying this is a set of worrying reports. A UN document recently warned that global greenhouse gas emissions would peak in 2030—ten years later than experts say they should, if global warming is to be restricted to 1.5℃ above pre-industrial levels.

After looking at the reports of 1,000 large companies the TCFD said it had reason to be concerned.

The Task Force called on companies to adopt its reporting guidelines and encourages investors to engage on the specific information they need. CDP’s questionnaires demonstrate there is little substance in the argument that there is no demand for reliable climate crisis information. The TCFD’s report makes clear the pressure to come clean is only set to grow.