The US is witnessing a fraught debate over the role of proxy advisers, including efforts to introduce new regulation. The debate continues this week at a Securities and Exchange Commission roundtable. 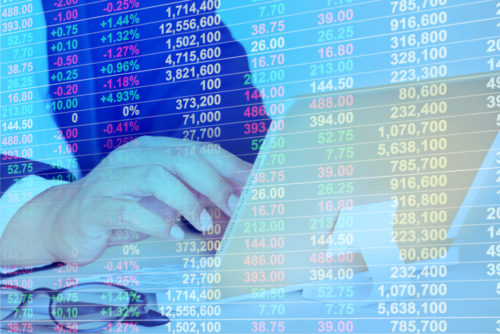 Equating the current US debate over the future of proxy advisers to a civil war seems like a metaphor too far in the current febrile state of US politics. Some observers have, however, drawn the comparison.

The fact they have done so illustrates the rising tensions that surround efforts to stiffen the regulation of proxy advisers, the move stemming from a long-held belief in corporate America that organisations which advise institutional investors, such as ISS or Glass Lewis, wield too much influence, with too little oversight.

“This is a civil war of capitalism that’s playing out behind the scenes.”

The conflict is being fought in two separate arenas. Firstly, there is a bill from the House of Representatives aimed at clipping the wings of proxies and waiting to go before the Senate for approval. That is likely to be a long-term battleground.

More immediately, on Thursday (15th November) the Securities and Exchange Commission (SEC) will host a roundtable discussion about the future of shareholder engagement and the role of proxies. The discussion will explore whether existing rules should be changed.

As the experts convene for their deliberations, there are signs that the whole issue has become increasingly bitter. One analyst was last week quoted as saying: “This is a civil war of capitalism that’s playing out behind the scenes.”

The SEC has, to some extent, given hope to those seeking more restrictions. In September the watchdog rescinded two so-called “staff letters” affecting proxies. These letters provided assurance to investors that they could resolve potential conflicts of interest with public companies by relying on proxy recommendations. The fact that they have been withdrawn is seen by some as a signal that the SEC is willing to consider a more significant overhaul of rules for proxies.

“For far too long, proxy advisory firms have exerted undue influence over manufacturing companies, trying to force business decisions without any regard to investors’ best interests.”

The SEC’s agenda for the 15th invites a select group to discuss how “… the role of proxy advisory firms evolved over time and are there ways in which their relationship with institutional investors and issuers can be improved?”

There are those who think it can. The emotional tone of the debate was caught by Jay Timmons, president of the National Association of Manufacturers, who described proxy firms as a “threat” to manufacturing and to the savings of millions of pension fund members.

“For far too long, proxy advisory firms have exerted undue influence over manufacturing companies, trying to force business decisions without any regard to investors’ best interests,” he said in a statement.

As excited as Timmons may be, he may not get everything he wants. Some senior SEC figures have signalled that they still believe in the importance of proxies. In a blog post, SEC commissioner Robert J Jackson pointed out that proxies have “long been a top priority” for corporate interests in the US who claim they are too powerful, but is then succinct in his dismissal of the issue.

According to Jackson, corporate America has confused correlation for causation when looking at the data. Jackson believes that fixing the corporate voting system is the real issue, not the advice received from proxies.

He writes: “…it’s hard to imagine that, upon a survey of all the problems that plague corporate America today, the Commission could conclude that investors receiving too much advice about how to vote their shares—advice they are free to, and often do, disregard—should be at the top of our list.”

While the SEC’s process plays out, proxies continue their defensive efforts elsewhere. This is the Corporate Governance Reform and Transparency Act, passed by the House in December last year and backed by Rep. Sean Duffey, a Republican former TV sports presenter and reality TV star.

The legislation aims to impose many new restrictions on proxy advisers but, as commentators have pointed out, the most significant is the measures that would give companies the opportunity to comment on advisers’ recommendations before publication.

There is much opposition to the Act. ISS and the Council of Institutional Investors (CII) have even collaborated on a website, protectshareholders.org, to raise awareness of the legislation’s pitfalls.

However, the Act’s future is rather more tied to current political events. Though passed by the House it requires Senate approval, either as a standalone bill or part of another piece of legislation. According to Ken Bertsche, executive director of CII, Democrats have already demonstrated a lack of interest, which makes achieving the 60% of the Senate needed to pass the legislation a tall order, even if the Republicans retained control in mid-term elections.

If it fails in the Senate, the legislation will need to return to the House,”  says Bertsch. “Democrats who will control the House, mostly opposed this bill, so we think that path will be difficult.”

The immediate issue for CII is this week’s SEC meeting. Here they agree with Robert Jackson: it’s not about the advice, it’s about the voting system. In short, CII wants to see blockchain technology deployed to transform the voting system, which it says is “fraught with inefficiency and carries a too large margin for error.”

In a paper submitted before this week’s meeting, CII adds: “we believe that technological change creates the potential to construct a better system of share ownership and clearing that is based on traceable shares.”

While blockchain for casting shareholders makes a lot of sense, that is some time off in the future. Meanwhile, the battle over proxies will continue. Don’t expect that fight to be resolved any time soon.