Google staff staged a walkout in their thousands over the handling of sexual misconduct cases, possibly one of the first such actions where highly paid workers protested over company values. 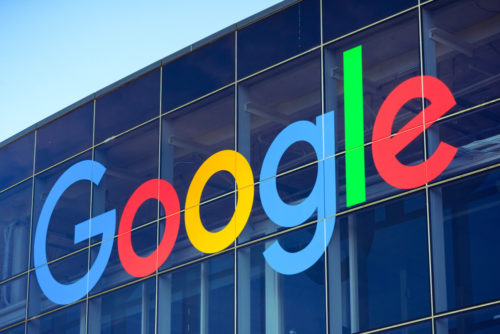 On Thursday last week, using Google was no different from any other day. You typed in your search term and up came the results.

However, a quick search on the browser would also reveal that many of the company’s staff were not at their desks executing amazing technology tricks, but on a planned walkout protesting over management’s treatment of three executives in relation to sexual misconduct allegations. One of the managers received a $90m exit package.

The news first appeared in the New York Times, but in the age of #MeToo, staff were incensed. It is estimated that around 20,000 Google workers participated in the walkout, around 20% of the company’s total workforce based in 50 cities around the world. Employee activism looked as if it had reached a peak. Or had it?

The walkout came as the latest event in which Google employees have protested, not over pay and conditions, but over their company’s values.

While the walkout garnered news headlines around the world, and may have given jitters to company bosses globally over the possibility of a growing trend of employee action, Google’s events had a special context.

Indeed, the walkout came as the latest event in which Google employees have protested, not over pay and conditions, but over their company’s values.

Google has this year developed a record of lobbying. In August, chief executive Sundar Pichai was forced to offer reassurances over the possibility of relaunching the search engine in China. A staff petition had circulated Alphabet, Google’s parent company, calling for more transparency over decision-making and greater representation of “rank and file” staff.

Then in early October Google announced it would withdraw from bidding for a defence department contract, following a decision that it would be in breach of company principles. At the beginning of the year staff protested internally over supplying the Pentagon with facial recognition software. In that instance Google decided it would not renew a contract with the military.

It seems Google’s well-paid tech wizards are less interested in higher pay and better working conditions (the company has made great play of being leaders in both) than ensuring the company lives up to its own values.

According to Melanie Simms, a professor of work and employment at the University of Glasgow, Google’s labour relations is unrelated to many industrial disputes that have recently made the news, including strikes at Amazon depots across Europe, and those by Uber Eats and Deliveroo workers for better pay and conditions.

However, what they do have in common is being part of the wave of Silicon Valley companies going global and attempting to manage labour relations in a way that suits their business models. She says tech companies have, in general, made strenuous efforts to communicate to staff using ways that avoid going through unions.

As these new models mature, tensions are emerging as staff find that their grievances cannot be answered by the communication modes chosen by managers.

But as these new models mature, tensions are emerging as staff find that their grievances cannot be answered by the communication modes chosen by managers. “There’s always a point that staff realise they can achieve more collectively than they can as individuals,” says Simms.

Uber and Deliveroo have particular labour relations issues borne out of the self employment models they rely upon for frontline workers, and the problems inherent in these models have been coming home to roost. While some have resulted in courtroom conflicts, others are inevitably turning into strike action. “What I think we can say is that in the experiments with new ways of working, the downsides are increasingly obvious. And one response is to complain collectively,” adds Simms.

This is particularly true at a time of low wage growth, says Simms, which typically produces more complaints from workers.

Of course, workers who are self-employed face obstacles to becoming organised. They tend not to work in a single location which enables communications and allows access for organisers. New unions are springing up, however, to serve their needs, such as the Independent Workers of Great Britain.

Elsewhere, the government has attempted to get a grip on regulating the so-called gig economy. A report out in July made a series of recommendations to the government in an attempt to close down the legal “no man’s land” in which such workers are employed. One step was to create a new legal status: “dependent contractor”, which would allow gig economy workers to access holiday and sick pay, as well as other benefits.

But this a far cry from the issues at Google, which revolve much more around the kind of company its employees thought they were working in.

Michael Etter, a lecturer at King’s College London, notes that events at Google are unusual and observes that this may be one of the first examples of “highly paid” employees taking action against an employer over a point of principle.

In an article for The Conversation, he even argues that the walkout may actually do Google some good because it suggests its employees stand up for doing the right thing, while for consumers it demonstrates that a tech-driven organisation that occasionally encounters controversy over its services has a human face. This would help set the company “apart from Silicon Valley’s reputation for sexual abuse and gender discrimination,” he says.

However, this may depend on how management responds to employee demands. When they protested, organisers asked Google’s leaders for improved transparency in the reporting and handling of sexual misconduct cases; an “end to pay and opportunity inequality”; and for an elevation in the status of the company’s chief diversity officer.

In response, Pichai signalled he was listening. In an interview with The New York Times he conceded the company had not lived up to “our expectations”. He offered support to the workers on the walkout and made plain he acknowledged their complaint.

However, Alphabet’s board, chaired by John L. Hennessy, might do well to pay careful attention. As Michael Etter says, the worker demands have “a lot to do with corporate governance.”