The collapse of two AIM-listed companies recently have highlighted potential regulatory failings in the stock exchange, leading commentators to debate whether the market should tighten up its governance rules. 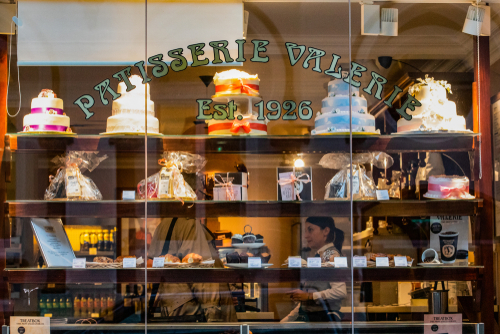 Two feted AIM stocks, Patisserie Valerie and Conviviality, revealed financial black holes that almost killed the first, and contributed to the collapse of the latter.

While the AIM has always been lighter-touch from a regulatory perspective than its bigger cousin the London Stock Exchange, it has gone through a marked improvement in its reputation for housing better-governed corporates than it did in the past.

“That odd and antiquated designation alone should make Spreadsheet Phil [Hammond] look again at why AIM deserves so many perks.”

But the shocking travails of Patisserie Valerie and Conviviality have raised questions about whether the market should tighten up its governance rules—and whether doing so would drive business to improve processes, controls and systems.

One area of interest is that of the type of tax breaks afforded to investors, such as allowing AIM-listed shares to be housed in an ISA. Financial Times columnist Kate Burgess describes this situation as potentially drawing the “wrong types of investors to the wrong types of investment for the wrong reasons”.

And AIM shares are also treated as “unquoted” under business property relief rules, and therefore exempt from IHT. “That odd and antiquated designation alone should make Spreadsheet Phil [Hammond] look again at why AIM deserves so many perks,” she adds.

In terms of improving governance, the timing of Patisserie Valerie is certainly interesting.

The Quoted Companies Alliance (QCA) is expected to provide up to 80% of AIM constituents with its own governance code to support compliance.

For chief executive Tim Ward, the recent rule change “obviates the need for heavier regulation as it gives investors greater capacity to compare and assess companies’ governance and to find those that are well run”.

Ultimately, says Ward, it should be “the owners—both institutional and private—not regulatory bodies that are the ultimate judges of their companies”.

“Their decision-making will be improved by increasingly transparent and well-communicated information,” he believes.

From an investor perspective, views on the impact of governance rules—and the behaviour of AIM companies in general—was illustrated in a recent Peel Hunt/QCA mid and small-cap survey.

“Ditch the corporate governance box-ticking approach; just try and find the right people for the company,” one investor told the survey.

“Ditch the corporate governance box-ticking approach; just try and find the right people for the company.”

Another said that it helps if fund managers “are committed to their investments and therefore willing to take significant stakes and…be quite active in the engagement in that governance”.

“I think as soon as we become absent landlords or we’re quiet minority shareholders and drift towards benchmark holdings then the management don’t get held to account.”

However, such sentiment will be cold comfort to those who invested in Patisserie Valerie, with one investor telling the FT that it looked like a well-run, cash-rich business that was easy to understand and had expert management in place.

They will no doubt watch keenly as governance reporting steps up on the junior market, and whether it has a positive impact it has on reporting, transparency, and board composition.