The very nature and definition of governance has evolved into a complex and critical beast. It’s time for directors to grab it by the horns and take control. 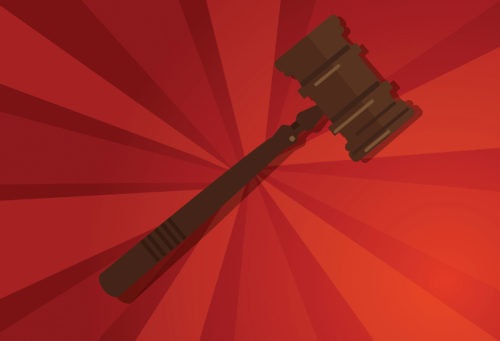 Long accustomed to operating in obscurity, company directors have found their peace and quiet disturbed lately by all kinds of clamour at the boardroom door.

Many major enterprise failures are blamed on failure of governance. Activist shareholders believe they know better. Proxy advisors grade board performance. Women and minorities lament their lack of inclusion, and the lovely phrase “board refreshment” is a polite way of saying that new blood is needed. Regulators globally debate whether and how to add more rules to ensure that boards perform.

“It is of the essence of revolutions of the more silent sort that they are unrecognised until they are far advanced.”

–Adolf A. Berle and Gardiner C. Means, in The Modern Corporation & Private Property

Meanwhile, a number of corporations are now larger than small countries with operations that span the globe. Technological change, already disruptive, continues to accelerate. Financial markets and their derivative instruments and computer-directed trading are volatile, unpredictable, and opaque. Accounting rules do not always correspond to measures of health.

Customers and vendors alike are fickle as all are under pressure to show growth, which often means cutting cost or quality. Employee loyalty has been eroded by perceived lack of employer loyalty, and by the constant search for greener grass. And of course, we have terrorists and cyber-thieves attacking our information systems and sometimes our people.

In their remarkable 1932 book, The Modern Corporation & Private Property, Adolf A. Berle and Gardiner C. Means named a revolution that has transferred much control of wealth to the organisation. “It is of the essence of revolutions of the more silent sort that they are unrecognised until they are far advanced,” they write. “This was the case with the so-called industrial revolution and is the case with the corporate revolution through which we are at present passing.”

Today we are in the midst of the next phase of the revolution: the Governance Revolution, in which the battle over control of the corporation has been joined. It is hardly surprising that corporate board members may want to hide behind that door to the boardroom, as their job has become extremely demanding.

The responsibility of the board of directors is poorly understood by many, including directors themselves. Lacking a basic understanding of their purpose, it is all too easy to believe that their job is simply to follow the checklist du jour. In short, many are floundering in the intense battle they face.

A quick internet search of “corporate governance” can create the impression that it is a recent invention, coming to life late in the 20th century. Though public focus on governance increased in the 1980s with a wave of hostile takeovers, and in the 1990s and the millennium with huge failures in the US and abroad, governance itself is as old as the hills. Over the centuries, various governance systems have been codified as ownership and control have inevitably become separated.

The responsibility of the board of directors is poorly understood by many, including directors themselves.

Definitions of governance abound, each one more detailed and sophisticated than the last, but to me the most robust one is this: Governance is the system by which decisions about enterprise resource allocation and risk tolerance are made.

Such systems, implicit or explicit, are everywhere: in families, countries, homeowner’s associations, tribes, wolf packs, and so on. Some are good and productive, and others are disorganised and destructive. But wherever there are resources to be acquired or divided and more than one consumer of the same, there is governance. It comes down to who decides who gets what, for the achievement of which purpose.

Boards of directors are considered all but irrelevant by many financial players, who tend to see them as a nuisance and a necessary evil. Management is also often eager to placate directors and keep them out of the way so they can get on with the serious work of running the enterprise.

The proxy advisor cohort, as per the 2017 report by The Conference Board in the US, view the role of the board through a disjointed lens and seem to recognise no board responsibility to apply independent judgement.

The public at large has little understanding of the function of boards and board members, except when Enron or Lehman Brothers or the Weinstein Companies collapse—at which point everyone is eager to pin the tail on the board of directors as the donkey.

Board members, busy and coming together only periodically and briefly in structured settings to consider carefully culled information, are all too vulnerable to attack. Many do not fully understand the job they are there to do, but feel nonetheless that they are supposed to know, or they would not have been selected.

Eager to fit in and be accepted, they do not ask. Worse, they fall prey to believing that someone will tell them if there is something they need to know.

It is time for board members to fight back. But how, you ask?

In the old-fashioned way: by being as well prepared as possible, studying the context of corporate governance, and learning the ins and outs of the role, which is a serious profession unto itself, not a mere outgrowth of other accomplishments.

If directors take ownership of these concepts, they can drive the companies in their charge toward long-term sustainable value creation, rather than short-term sophistry.

By understanding that good governance is based on shared values and a systematic approach, and that checklists and regulations are important, but the real requirement is the courageous exercise of good judgement.

And by accepting that all of this needs to be exercised adroitly, as the group dynamics of the board itself can make their application challenging.

Finally, the struggle to be effective, address risk management, strategy and now culture—currently popular preoccupations—are about making it possible for the board to exercise forethought in a structure that has largely been considered by design to be reactive rather than active.

In a rapidly changing world that puts a premium on agility and innovation, this issue needs attention. Embracing the following principles, which may seem heretical to some, will help:

• The director’s job is not to maximise shareholder value but to protect and enhance the health and value of the corporation. Maximising shareholder value in the short term, which has become a dominant focus, can be seen as a dereliction of fiduciary duty.

• Shareholders of public companies do not own them, but instead own interests in residual income with specific and narrow rights attached, including the right collectively to elect the directors. Just because they assert rights does not mean they have those rights, unless the board falls for their bluster and gives them rights.

• Shareholder activists may employ very smart people and may have ideas worth listening to and acting upon. That does not give them the right to abuse and harangue sitting directors or do anything more than vote them out. Companies also employ and can hire more very smart people to analyse alternative scenarios just as the activists do, and implement those they find to be in the best interests of the corporation.

• Each director singly, and the board of directors collectively, owes its loyalty to the corporation, not to shareholder’s short-term wishes. Much of the volume of funding that hedge funds and private equity firms enjoy derives from hard-working pension fund managers struggling to garner enough money to pay escalating, unfunded pension obligations. Addressing the pension crisis would change the investment landscape and somewhat reduce the chronic pressure for short-term profits.

If directors take ownership of these concepts, they can drive the companies in their charge toward long-term sustainable value creation, rather than short-term sophistry. They can, if they choose, just say no to activists with whom they disagree, and can boldly lead their companies to better futures if they will do the job before them.

If they do not assert their control, the relentless pressure to secure short-term gains may seriously erode their companies’ positions and their country’s ability to compete on the world stage.

Deborah Hicks Midanek is president of the Solon Group, and author of “The Governance Revolution: What Every Board Member Needs to Know, NOW!”