The drive to a carbon-free economy, use of robotics and introduction of artificial intelligence will mean profound changes for the global workforce. Investors must play their part in managing a “Just Transition” for employees. 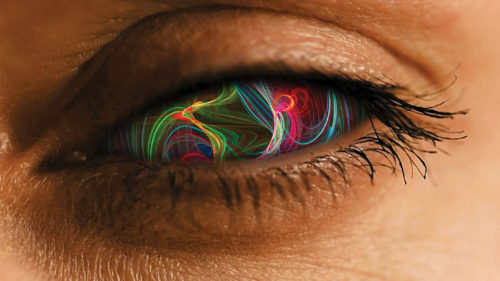 Over the next few decades, the labour force is in for a bumpy ride, as the transition to a low-carbon environment and the rise of new technologies converge to change the current employment landscape.

Managing this transition intelligently will be a major challenge for companies and boards at a time when business leaders are already struggling with economic and socio-political risks.

The good news is that humans, with their experiential knowledge—which has yet to be replicated by a robot—will still be needed.

Addressing transitional risks associated with climate change and technological innovation will not be easy but companies that hit on the right models will ensure their future survival. Those that don’t do so risk their company’s long-term viability, not to mention exacerbating global income inequality.

We have already seen jobs being redefined due to new technologies such as robotics and artificial intelligence as corporates look to use technology to improve efficiencies of scale.

While technology is replacing many lower-skilled jobs, experts agree that the best use of technology in the future will be to remove much of the drudgery of lower-end jobs.

The good news is that humans, with their experiential knowledge—which has yet to be replicated by a robot—will still be needed. According to a report by researchers at Forrester, The Future Of Jobs, 2027: Working Side By Side With Robots, the most likely scenario is that many jobs will be reclassified, with the end result being that humans and robots will work closely together, thereby creating a more efficient business model.

Over the past century, the world has gone through many technological changes, but lessons haven’t necessarily been learned. So, a better job needs to be done this time around. The same can be said of the move away from fossil fuels. No one wants a repeat of the 1970s and 1980s, when miners lost their jobs without a plan to transition them to another form of employment.

Investors are increasingly taking action to respond to climate change risks and opportunities. This is happening globally through shareholder engagement, capital reallocation and policy dialogue. But most investor strategies on climate change have yet to incorporate a strong social dimension.

The “Investing in a Just Transition” project, launched in February 2018, “will provide advice and guidance to investors and policymakers regarding their roles in facilitating a ‘just transition’ as the world shifts to a zero-carbon economy.”

The project has been co-designed by the Grantham Research Institute and the Initiative for Responsible Investment at the Harvard Kennedy School. It will provide a resource for leading investor initiatives and it will lay the foundations for long-term action by investors and others to ensure that the climate transition contributes to the wider Sustainable Development Goals (SDGs).

By including the “just transition” in their climate strategies, investors can not only tackle the challenge of “stranded assets” but also of “stranded workers” and “stranded communities”.

Both the shift away from fossil fuels and the introduction of new technologies will require careful management as boards grapple with new structures relating to pension funds, labour rights and pay models in the new workforce scenario.

There are many tangible examples worldwide of programmes to shift workers from high to low-carbon industries. In the US, for example, a number of federal programmes are in place to train miners to work in the natural gas sector and the IT sectors.

In China, economists have estimated that more than one million people will lose their jobs, due to the government’s plans to phase out coal mines in an effort to reduce fossil fuel dependency and address China’s issues regarding air pollution.

Anticipating the waning of the coal sector, China, the world’s largest coal producer, has set aside a 100-billion yuan ($15bn) fund to facilitate the reallocation of jobs in the coal and steel sectors.

Both the shift away from fossil fuels and the introduction of new technologies will require careful management as boards grapple with new structures relating to pension funds, labour rights and pay models in the new workforce scenario.

At the same time, they will  need to address issues such as redeploying capital investments, redesigning their internal processes and rethinking current business models.

Boards will need to work closely with senior management, looking at the skill sets in their organisations and how these can be transitioned, whether it’s an oil company increasing its investments in low-carbon initiatives or a company that is increasing its use of new technologies.

All of these issues need to be assessed in terms of the impact on the company’s strategy and the bottom line.

One thing is clear—these transitions will be huge. Millions of people worldwide—at different steps on the career ladder—will be impacted and will find themselves back in the classroom as they try to learn new skills. This will have a considerable impact on families and communities.

But we should not see these scenarios as devoid of hope. We should remember that in the past, when we look at technological advances, automation has created new jobs in areas such as software, engineering, design, maintenance, support, training and other specialities.

While no one expects the world to end its dependence on fossil fuels tomorrow, or even in the next decade, boards would do well to prepare now for this inevitable transition.

Similarly, while new technologies such as artificial intelligence are currently being used in a variety of ways by many companies, worldwide proliferation is still some years away. But the time to prepare is now.

How can boards engage with management to ensure a Just Transition for workers?

Boards should consider the following:

• How are we reducing our carbon footprint as a company?

• Do we think that our capital reallocations to lower-carbon energy sources is likely to result in some of our workers becoming obsolete? If so, are there other areas that we could move these workers into? Is management doing modelling on this question?

• What percentage of our staff spend time on repetitive tasks that could be completed more efficiently by automation?

• Have we looked recently at what new technologies could reduce costs for our company?

• If we cannot redeploy workers, are we able to offer suitable redundancy packages and/or training that would enable them to take up a new position?