Singular pursuit of net-zero by 2050 could exacerbate inequality and derail our chances of a climate-resilient future. 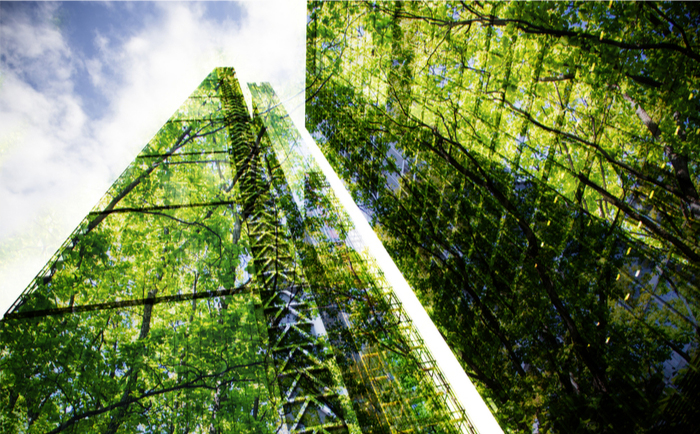 The window of opportunity to secure a 1.5°C pathway is rapidly closing, and UN Secretary General António Guterres has declared a “code red for humanity“. Many companies are already responding to the climate crisis, setting science-based emissions reduction targets and joining initiatives such as the Race to Zero. By the time of COP26 in Glasgow, countries responsible for 78% of global GDP will have pledged net-zero emissions.

But a singular pursuit of net-zero emissions over broader support for economic development and energy transformation could exacerbate inequality. Clumsy measures, whether from the public or private sector, could not only risk popular backlash, they could also derail fragile progress towards a climate-resilient future.

No one can make the costs of tackling climate change magically disappear. However, governments and companies must engage in smart policymaking that protects the poorest and most vulnerable in society from increased prices and “greenflation”. This will ensure a just transition to a net-zero economy.

Global interest in solutions such as carbon pricing and electric vehicles (EVs) is growing. Companies have the opportunity to prosper while contributing to a fair transition – but care must be taken. Designed to drive widespread behaviour change, the costs of climate policies can often fall unequally on different income groups. In addition, how companies respond through labour, capital and operational decisions affects equality of outcomes.

With Mike McNair and Wouter Thijssen, we examined the impact of climate mitigation and adaptation policies on income distribution in the United Kingdom and Canada. Our analysis illustrates some of the pitfalls and opportunities.

One UK policy designed to accelerate decarbonisation is a £2,500 “plug-in grant” for purchasing an EV. Despite a £35,000 cap to avoid supporting the purchase of luxury EVs by wealthier consumers, take-up of the subsidy is heavily skewed towards higher income households. Over half of EVs sold have been purchased by people in the top 20% income bracket in the UK while the bottom 20% own only 4% of EVs.

Another set of measures designed to increase renewable energy use and energy efficiency has reduced emissions and household energy bills in the UK over the last decade. Yet the proportion of income spent on electricity and gas by low-income households in the UK is more than twice that spent by high-income households. It is expected to rise disproportionately over the next year.

Evidently, passing on costs to consumers can have regressive effects even while delivering efficiency savings. This may be because low-income households are unaware of policies, or unable to pay high upfront costs to retrofit housing. Whatever the reason, mitigating such outcomes is paramount. Fuel poverty is already set to affect 3.1 million people in the UK by 2030. And lower-income groups are more likely to be working in carbon-intensive industries impacted by the energy transition.

Companies can help ensure government measures support more equitable outcomes by considering potential impact on employees, communities and society at large. Preventing the burden of upfront costs of climate policies falling on households, especially through increasing the price of essential products whose purchase disproportionately affects lower income families, is fundamental. Rather than simply absorbing costs, companies can respond by reducing their own emissions. They could also create new, more efficient and more productive operations, and jobs.

Rather than simply absorbing costs, companies can respond by reducing their own emissions

Carbon pricing policy in Canada, for example, shows the importance of considering longer-term impact. Introduced in 2019 to incentivise emissions reductions by businesses and households, Canada’s minimum carbon price is revenue neutral. All revenue raised is returned to households as a flat income tax rebate, irrespective of their level of emissions. No household should be worse off if they do nothing to address emissions but better off if they do. Those who do would pay less carbon tax while receiving the same rebate.

To date, the policy has been progressive because companies paying the tax have mostly absorbed it. This seems unlikely in the longer term, with decisions on how to manage the tax having profound implications for equality of outcomes. Passing the cost on to consumers will risk disproportionately impacting lower-income households.

Leave no one behind

Climate policies can also fuel international inequality. Ensuring a just transition in developing countries may require companies to transform supply chains. Another avenue is adjusting how they engage in international finance, carbon offsetting and insurance.

Net-zero targets require all companies to take an in-depth look at their business models, show leadership and contribute

Climate disasters such as floods, droughts and fires inflict the most damage on communities with the fewest resources with which to rebuild. People living in low-income countries are four times more likely to be displaced by extreme weather than those in rich countries. Companies can respond in numerous ways, including by investing in small producer resilience, increasing access to essential products and services such as affordable insurance. They can also invest in green technology.

Net-zero targets require all companies to take an in-depth look at their business models, show leadership and contribute. Seeking to avoid accountability by outsourcing responsibility to suppliers or other countries risks societal or regulatory backlash.

One facet of the 2015 Paris Agreement calls for rapid reduction in emissions ‘on the basis of equity, and in the context of sustainable development and efforts to eradicate poverty.’ With the increasing costs of climate mitigation likely to be borne by business, how companies respond will determine the extent to which the transition to a green economy is fair.

For a resilient, prosperous future, equality and inclusivity must be at the heart of the corporate response to the climate crisis.

This article is based on a chapter in the Business Schools for Climate Leadership’s toolkit to be launched at COP26 (www.bs4cl.org).

Katell Le Goulven is the executive director of the Hoffmann Global Institute for Business and Society at INSEAD.