Survey shows the scale of interest in blockchain as executives reveal development projects are underway around the world. 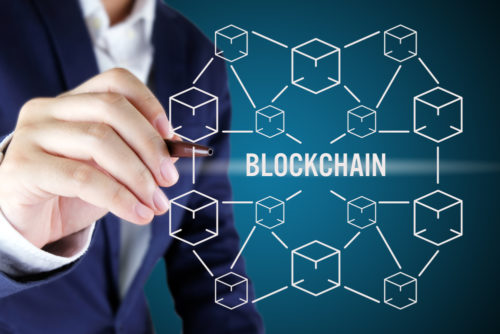 Four out of five executives report that their companies are actively developing blockchain initiatives, according to a survey.

The research reveals that in addition to the development projects, 15% of executives now say their companies have blockchain initiatives that are fully live.

The figures come from a poll conducted in 15 countries by PwC.

Blockchain is a secure digital ledger. Originally developed for use with digital currencies, the technology is now finding a multitude of applications as a system of recording economic transactions that requires no third-party verification. Uses include support of financial services, securing intellectual property and creating shared economies.

Steve Davies, blockchain leader at PwC, said: “What business executives tell us is that no one wants to be left behind by blockchain, even if at this early stage of its development, concerns on trust and regulation remain.

He added: “The business case can be compelling, if organisations understand what their end game is in using the technology, and match that to their design.”

PwC’s survey shows the US, China and Australia to be perceived as the “most advanced currently” in developing blockchain projects.

However, there is a trust issue to overcome if blockchain use is to become more widespread. PwC’s survey revealed that 45% of executives believe trust to be the obstacle to blockchain adoption, while 48% see “regulatory uncertainty” as the biggest concern.

Meanwhile, financial services is the biggest use with 46% of executives highlighting the sector as being in the vanguard of blockchain development.

In an article for Board Agenda, Paolo Tasca, executive director of the UCL Centre for Blockchain Technologies, wrote: “The gains to be made from the realignment of our socio-economic system towards blockchain technology are undoubtedly paramount, from the financial world to the legal, political and energy sectors among many others.

“It is essential, however, to focus on meeting the growing need for genuine blockchain expertise, increasing pan-global understanding of the technology and addressing the barriers to its implementation.”

“Creating and implementing blockchain to realise its potential is not an IT project. It’s a transformation of business models, roles, and processes. It needs a clear business case, an ecosystem to support it, with rules, standards and flexibility to deal with regulatory change built in.”

Andrew Shipilov, a professor of strategy at INSEAD, has identified blockchain among the big technology trends for companies after interest in big data and cloud computing reached saturation levels.

Shipilov wrote of a survey conducted by INSEAD: “Looking ahead to the next two years, however, our respondents expect that the use of artificial intelligence will increase in almost all business areas, except those concerned with the attraction and retention of talent.

“The use of cloud is likely to decrease, or reliance on cloud technologies may simply become more of a staple in all companies’ business models, much like smartphones today.

“Interestingly, the use of the Internet of Things (IoT) and blockchain is likely to increase in the next couple of years. The expectation is that blockchain might primarily help companies improve operational efficiencies while IoT might help them create new revenue.”