With the exponential growth of non-cash transactions and digital currencies such as Bitcoin, the need for a decentralised system is paramount. Enter blockchain. 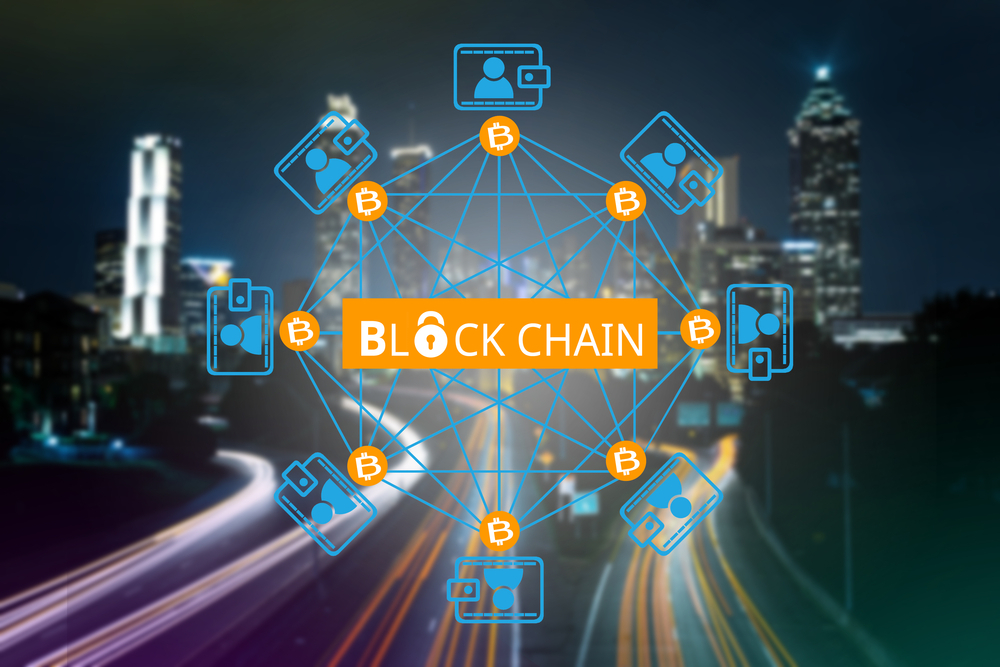 The integral blocks underpinning our political, economic and legal systems are individual transactions. The concept of a secure contract, whether in a payment, a registration or any other type of agreement is what assures individuals to buy, sell, and engage in any material interaction with a third party.

Traditionally, these contracts have been founded on trust. First, in the barter society, it was trust between the participants of a transaction, and now it is trust of the centralised institution—be it a bank, court or your local betting agency—which offers to record and enforce your transactions.

However, globalisation has expanded the reach and number of our transactions exponentially—there were 426.3 billion non-cash payments made worldwide in 2015—and it has become necessary to place our trust in yet more remote individuals and institutions.

The concept of immediate secure transactions, with minimal cost and no required intermediaries, promises to cardinally alter the current modus operandi in many business sectors and in our society at large.

The bureaucratic process of requiring third-party institutions to verify each transaction, to stave off litigation or to place funds in escrow, has become unsustainable, and its costs—both in terms of operations and security shortfalls—are a dire misallocation of resources.

The ubiquitous answer to the limitations of the centralised system was first proposed by Satoshi Nakamoto (a hitherto unresolved pseudonym) in a paper on Bitcoin, now the world’s leading digital currency. The most critical aspect of this paper was not the description of the currency itself—which is akin to the first website on the nascent internet—but the technology underlying it: the blockchain.

Blockchain technologies allow users to maintain a distributed database (ledger or blockchain) with continuously growing data records (transactions) secured by cryptographic keys and maintained by distributed computers. It allows for peer-to-peer transactions between trust-less negotiators, which require no third-party regulation, and are digitally enforced, transparent and irreversible.

Impact on business and society

The concept of immediate secure transactions, with minimal cost and no required intermediaries, promises to cardinally alter the current modus operandi in many business sectors and in our society at large.

Applications are plentiful in the financial sector, where McKinsey predicts $110bn in savings by 2020. But these cost and temporal reductions are only scratching the surface of the fundamental changes that blockchain stands to bring to our socio-economic system.

Three areas where some of the greatest shifts are set to occur, and where a plethora of business opportunities lie, are discussed below:

1. Access to financial and legal services in emerging economies
Blockchain presents an unparalleled opportunity to offer financial and legal services to those segments of developing countries, where access to banks and law-enforcing institutions is scarce. Global internet access and smartphone penetration are improving rapidly, and are much more dynamic parameters than the number of bank or notary chains.

Connecting the mobile users of a village, or cluster of villages, to a specialised blockchain network would allow local payments to be ratified, and contracts enforced on an enormously increased scale while cutting untrustworthy intermediaries out of the process and limiting fraud and operational risks. The Republic of Georgia is already trialling a countrywide blockchain network to log land-titling, which had previously suffered from poor records and corrupt manipulation.

2. Securing intellectual property in a digital age
The proliferation of content on the internet has led to the dilution of the rights and compensation of content creators. From artists, musicians, writers and designers, to scientists and engineers, ownership and remuneration are primed to be restructured.

Galleries, record labels, publishers, agencies and universities, which currently receive the lion’s share of profit from their disciples’ creations, could be cut out of the loop by blockchain platforms like Verisart, which assigns provenance contracts to artwork; and PledgeMusic, which seeks to establish a decentralised “fair trade music database”. The $12.5bn lost by the music industry to digital piracy annually in the US is set to be reduced, with returns going to musicians instead of distribution companies.

3. Creating a shared economy
Blockchain opens the door for the creation of self-sustaining, self-governing, sharing networks of goods and services. Startups such as LO3 Energy are making headway towards a Rifkin-esque vision of a distributed energy network, where clean energy generated by households can easily be traded, peer-to-peer, on a self-styled stock market.

Also, the UCL Centre for Blockchain Technologies is designing a P2P blockchain-enabled energy market. This vision’s key challenge lies in the very centralised balancing and trading arrangements currently in place in the energy market. Distributed models of energy generation and supply-demand matching are an integral component of both a more robust and decarbonised energy system.

Ofgem scenarios anticipate investment of up to $100bn only in the UK, including fundamentally changing the level of sensing, actuation and energy accounting throughout the distribution networks. Concurrently, whilst Uber has made a key step towards decentralisation, blockchain paves the way for a fully integrated, distributed transport system, with each vehicle acting as the node in a blockchain network.

Uber is often credited as the precursor model of the “sharing economy”, which triggered the “Uberisation” trend of many other platforms like Airbnb, Etsy or Lending Club.

The complete breakaway from a centralised service provider would allow revenues to be primarily distributed among workers, who, in Uber’s case, are increasingly sensitive of the fee share shaved off by the company.

More generally, Uber is often credited as the precursor model of the “sharing economy”, which triggered the “Uberisation” trend of many other platforms like Airbnb, Etsy or Lending Club. Those companies are often nothing more than smart two-sided platform business models, which market-mediate suppliers (lenders) and consumers (borrowers) who do not know each other. In this regard, blockchain has the potential to open the door towards an authentic sharing and fair economy where governance is decentralised, and participants are rewarded fairly according to their respective contributions.

As is perpetually the case with far-reaching technological restructuring, driving forces for cross-industry reconciliation are required. Institutions like the UCL Centre for Blockchain Technologies have been born from the need to mitigate the above risks, driving cryptographic research and providing a platform for cross-sectoral communication among businesses, regulators and the academic community.

The gains to be made from the realignment of our socio-economic system towards blockchain technology are undoubtedly paramount, from the financial world to the legal, political and energy sectors among many others. It is essential, however, to focus on meeting the growing need for genuine blockchain expertise, increasing pan-global understanding of the technology and addressing the barriers to its implementation.

1. DISTRIBUTED LEDGER
All parties on a blockchain have access to the entire database and its complete history. No single party is responsible for controlling the data. Every party can verify the records of its transaction partners directly, without third-party involvement.

2. PEER-TO-PEER COMMUNICATION
The distributed nature of the network requires parties (nodes) to reach a consensus. The consensus protocols govern the update of the ledger. There is no central authority required to approve transactions and set rules. Communications occur directly from peer to peer. No single point of trust, no single point of failure. Each node stores and forwards information to all other nodes.

3. TRANSPARENCY AND ANONYMITY
Every transaction and its value are visible to anyone with access to the system. Everyone can inspect the ledger but no one can control it. Each node on a blockchain has a unique alphanumeric address that identifies it. Transactions occur between blockchain addresses.

4. DIGITAL VERIFICATION
Each transaction is verified by the other nodes connected to the system. The users’ computers run a “hashing algorithm” to generate a unique code, which is “stamped” on to a transaction.

5. IRREVERSIBILITY OF RECORDS
After a transaction is “stamped”, entered into the database, and accounts are updated, the record of it can’t be modified. This is because each transaction is linked to those that came before it, and all are uniquely stamped. Transactions are packaged into “blocks”, which are also uniquely stamped and linked to the blocks, which chronologically preceded them—this is where the term “blockchain” originates. History is recorded in perpetuity.

Paolo Tasca is executive director at the UCL Centre for Blockchain Technologies.