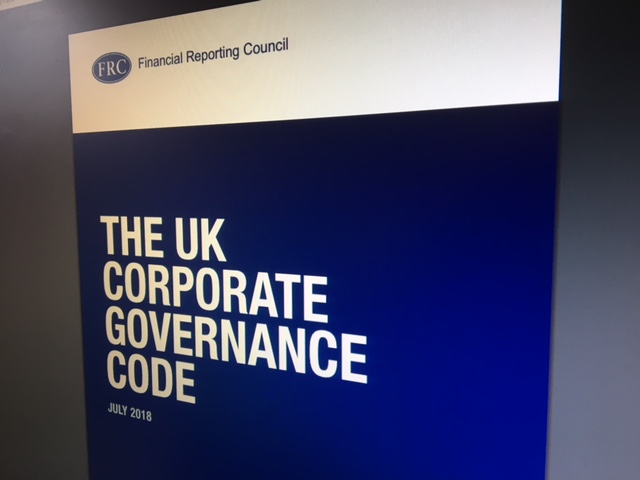 Stronger representation of the workforce on the UK’s major company boards is one of the key highlights of the reconstituted Corporate Governance Code, according to commentators.

The code sets out a number of changes, including a nine-year chair term unless explained otherwise; stronger consideration of the workforce at board level; and “comply or explain” on holding shares for at least five years if awarded as a bonus.

While workforce engagement is now an integral part of boards’ responsibilities under the new code, it doesn’t prescribe a single action. Instead, it suggests that one or a combination of methods should be utilised, including: a workforce-appointed director; a formal workplace advisory panel; and a designated non-executive director.

Saker Nusseibeh, Hermes Investment Management’s chief executive, said the firm “strongly supports” the opportunity for business to take different approaches to integrating the employee voice into the board.

“Whilst our inclination is for there to be an employee-elected representative as a director on the board, the code is right to put the onus on company boards to determine what the optimal approach is in their specific context,” said Nusseibeh. The firm would “expect” boards to explain the rationale for their approach, and details of how well it is working in practice.

Other key business and workplace organisations, including the TUC, CBI and IoD, commented yesterday on the new code.

But for environmental activist lawyers at ClientEarth, there was disappointment that the code “fails to sufficiently address” climate risk.

Code guidance points to the Taskforce on Climate-related Financial Disclosures (TCFD) as one of a number of frameworks they can use to “help identify social and environmental considerations that are relevant for the business and link these to company strategy”.

ClientEarth lawyer Dave Cook expressed “disappointment” that the task force’s recommendations were not integrated more fully into the code.

“The FRC has misunderstood the critical importance of the TCFD recommendations,” said Cook.

“The minimal reference to the recommendations appears in the section of the FRC guidance on relations with stakeholders. This completely misses the point that the TCFD recommendations focus on the financial implications to the business from climate change and consequently fails to recognise the central importance of climate risk information for shareholders.”