Sir Gerry Grimstone is to leave Standard Life Aberdeen, while it looks to recruit a tech-focused director; RELX finance chief joins Rolls-Royce as a non-executive. 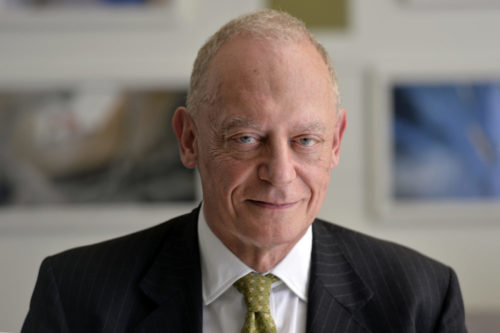 Three non-executives and the chairman of Standard Life Aberdeen are to step down, as the business reorganises its boardroom following the merger of the investment giants.

After eleven years as chairman, Sir Gerry Grimstone (pictured) has announced he will step down by the end of 2019. He chaired Standard Life prior to its merger with Aberdeen Asset Management in August 2017.

Along with Sir Gerry’s impending departure, three directors are also to leave. Julie Chakraverty, Lynne Peacock and Akira Suzuki will retire from the board at its next AGM. Suzuki’s role on the board was due to Aberdeen’s alliance with Mitsubishi UFJ Trust and Banking Corporation; however, its shareholding has fallen post-merger.

The departures will leave Standard Life Aberdeen with four executives and eight non-executives, two of which are women.

“We are presently seeking to recruit an additional director with skills in the areas of platform and technology, ideally with an international background,” stated Sir Gerry. “As ever we will consider the general composition of the board and our broader diversity aims when we make this appointment.”

RELX chief financial officer Nick Luff is to join Rolls-Royce’s board as a non-executive director in May.

Luff, who began his career at KPMG before serving at P&O and Centrica in director positions, is also an experienced non-executive. He has held roles at Lloyds Banking Group and Qinetiq.

He will join its nominations and governance committee, and audit committee.

“I am delighted to welcome Nick to our board,” said Rolls-Royce chairman Ian Davis. “He is widely viewed as one of the best CFOs in the FTSE 100 and has extensive financial experience.”

“His non-executive exposure, financial expertise, and passion for engineering, will be extremely valuable to the board. We welcome Nick and are looking forward to working with him.”