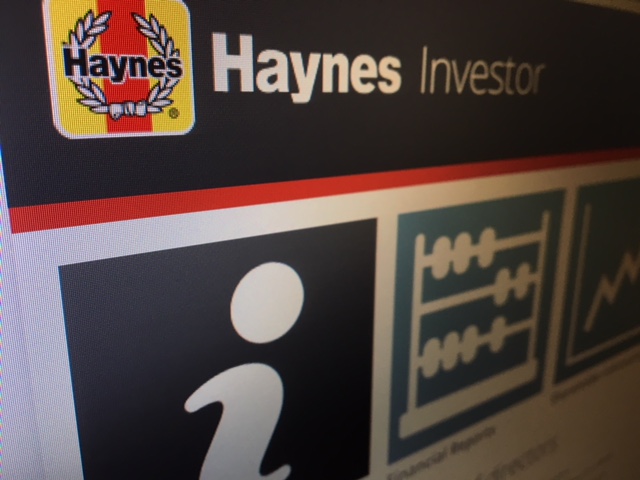 A series of board appointments and role changes have been announced at motor manual business Haynes Publishing.

James Bunkum is promoted to chief operating officer from chief financial officer. He joined in 1995 as financial controller, becoming UK & European financial director in 2001. He has served during the company’s disposal of Sutton Publishing in 2007, its acquisition of Vivid Group in 2008 and the sale of its book manufacturing division in 2009.

Peter van der Galiën and Richard Baker are appointed to the board as executives.

“These new appointments will strengthen our board and our executive team and help to deliver long-term growth for the Haynes Group,” said group chairman Eddie Bell.

British home shopping retailer Findel is to see a board appointment and a departure. Senior accountant Elaine O’Donnell will join the board next week as a non-executive director. The former EY partner holds non-executive roles at Games Workshop and not-for-profit organisation MSIF.

Another senior accounting professional, Eric Tracey, will depart Findel’s board at the conclusion of its 2018 AGM after nine years with the company.

Premier Foods’ Andy McDonald is set to join construction company Interserve as general counsel and company secretary. McDonald is responsible for legal, compliance and corporate development at Premier Foods. He has also served at Uniq and Greencore.