Housebuilder loses its board chairman and remuneration committee chairman after admitting they could have introduced a cap to the company’s controversial long-term incentive plan. 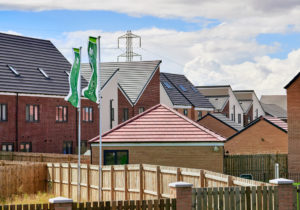 The chairman and senior independent director at housebuilder Persimmon have resigned, admitting that they could have capped executive pay.

Nigel Wrigley, chairman, and Jonathan Davie, chairman of the remuneration committee and senior independent director, announced they would resign yesterday in regulatory statement.

Wrigley and Davie part company with Persimmon over a controversial 2012 LTIP (long-term incentive plan), which could see notional profit on share options for the company’s three leading executives reach more than £200m, according to the Financial Times.

The statement said: “The company introduced a Long Term Incentive Plan in 2012 (“2012 LTIP”). The board believes that the introduction of the 2012 LTIP has been a significant factor in the company’s outstanding performance over this period, led by a strong and talented executive team.

“Nevertheless, Nicholas and Jonathan recognise that the 2012 LTIP could have included a cap. In recognition of this omission, they have therefore tendered their resignations.”

Persimmon’s statement added: “Since 2012, when the capital return plan strategy was launched and the 2012 LTIP was approved by shareholders, the company has made substantial cash returns to shareholders at the same time as increasing the size of the business and delivering significant shareholder value.

“Since the strategy was launched, Persimmon has delivered an increase in the number of new homes supplied of over 65%, invested £2.9bn in new land, returned 485p per share (£1.5bn) in cash and increased the proposed capital return by 49% to 925p per share, c. £2.85 bn.”