Sustainability guru David Nussbaum has been appointed to the board of energy giant Drax, a company that he says is already on the right path to embracing the new, more responsible business environment in which we live. 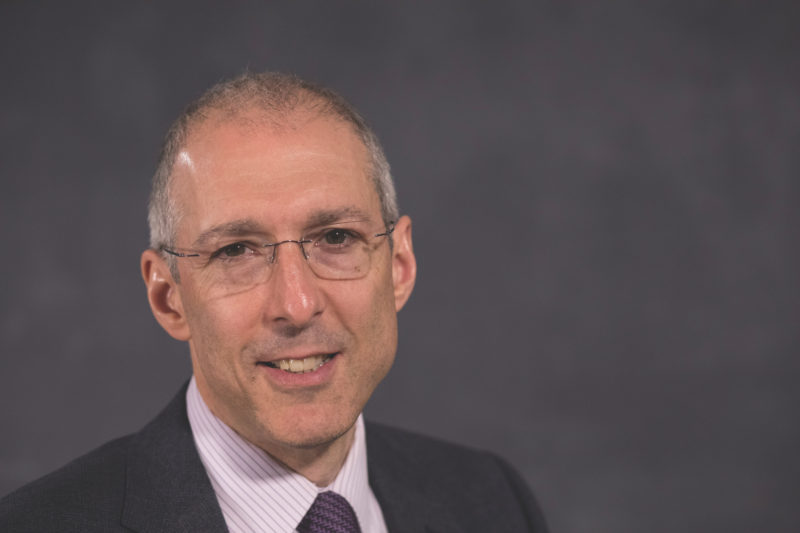 It’s counterintuitive. David Nussbaum, a former chief executive of the World Wildlife Fund in the UK, has been appointed non-executive director at power company Drax. A man who lives and breathes sustainability is working for a company that switches on the lights. Surely they’re the enemy? Power companies burn through natural resources and fossil fuels to keep our gadgets working.

“If we want to continue to be a truly modern energy company that delivers on our aim of changing the way energy is generated, supplied and used for a better future, we need to be able to adapt.”

But pause a moment. Take into account Drax’s business model, changing public attitudes to business and Nussbaum’s past and you begin to understand how a conservationist could end up on the board of a power generator.

“What they’re hoping,” says Nussbaum, “is that I will come in asking questions, and bringing perspectives which are strongly informed by sustainability.

“The other thing that was perhaps particularly helpful was that I also bring more rounded skills. In other words, I’m not going to be sitting there with nothing to say other than about sustainability and be disconnected from the rest of the function of the board.”

That’s an emphatic statement, but Nussbaum’s record speaks for itself with a CV packed not only with high-profile roles, but in organisations steeped in sustainable values. He spent nine years as chief executive of WWF, led Transparency International and served as finance director at Oxfam, where he was seconded to head up operations in India. That experience followed six years as a plc finance director at Field Group, and prior to that spells with 3i and Reedpack.

Nussbaum qualified as a chartered accountant with PwC, and holds two degrees in theology: a bachelor’s at Edinburgh and a Master’s from Cambridge.

Currently Nussbaum is chief executive of The Elders, an NGO founded by Nelson Mandela, Richard Branson and Peter Gabriel, which brings together world leaders to campaign for peace and human rights. In addition, Nussbaum serves on the board of the International Integrated Reporting Council, combining interests in sustainability and corporate reporting.

In July, he joined the board at Drax as a non-executive director. That wouldn’t have happened if the company’s sustainability credentials had not been up to scratch, he points out.

Around 70% of the company’s power comes from the use of biomass, with coal use falling and planned to reduce further. Drax’s stated aim is to be even cleaner, using sustainable sources of biomass. In a blog posted last year, Drax chief executive Dorothy Thompson, who steps down at the end of this year, wrote: “If we want to continue to be a truly modern energy company that delivers on our aim of changing the way energy is generated, supplied and used for a better future, we need to be able to adapt.

“It’s always been a part of Drax’s history and it will be a part of our future.”

In that context Nussbaum’s appointment is not so unlikely. Indeed, it starts to make a lot of sense. Nussbaum is clear about the context. He says the business environment has changed in four key ways that help make sense of his appointment.

First, it is increasingly understood that the role of companies should extend beyond profit into “society, a country, a people”. Second, there is a recognition of the limits of the state. Governments can’t do everything or provide every service; some things can only be delivered by companies and the private sector.

Third, says Nussbaum, is that the public and consumers now expect companies to act on their behalf: indeed, they expect them to behave as de facto regulators, ensuring that products and services are provided ethically. And lastly, workers have changed their expectations: recruits want to work for companies that have the right values in place.

“I think our vision of what we expect of companies has so enlarged that there’s still an awful lot that companies have to do to address those expectations.”

“All these things have led to a situation where companies are having to grapple far more with where they are on these issues,” says Nussbaum. And this is entirely justifiable, he continues: “We have created the possibility for big corporates as a society.

“Limited liability is not an automatic entitlement; it’s an artificial creation that we, as a society, have created and, in my view, society is entitled to say: ‘If we are prepared to allow you limited liability to have the option, ultimately, of defaulting on your debts and not be personally liable as a shareholder, we also have the right to say there’s a price for that.’”

He adds: “The price is not just being audited—it’s that you have to live up to quite a range of expectations we now have for the role of corporates in 21st-century society.”

And how are companies performing against these new expectations? It’s “patchy”, according to Nussbaum, who notes, ironically, that early sustainability progress, in reporting at least, was made by some of the least likely companies. They became the companies to learn from and set an example.

There are “laggards” in this respect. US oil companies and airlines have been behind the  curve. Nussbaum sees this partly as a result of changing public attitudes towards corporate behaviour, which have developed faster, perhaps, than companies can keep pace.

“I think our vision of what we expect of companies has so enlarged that there’s still an awful lot that companies have to do to address those expectations,” says Nussbaum.

“I was on a judging panel for sustainability reports and when we looked through them, often some of the best reports came from the companies causing the sustainability trouble.

“What then happens is that other companies see this and they learn from what these companies facing the biggest challenges have done.”

Recent events have raised concerns about the prospect of US companies following through on sustainability policies, but Nussbaum believes it is less a function of current politics under Trump than it is about the “structure of the corporate world, which propagates a belief in shareholder value being the sole motivation for running a company.” He adds: “In Europe, companies have often been well ahead.”

And of course that leads to a question about whether European companies have defined their purpose in a way that is different to their colleagues in the US. The question takes Nussbaum to an anecdote about his time at Oxfam when conducting a job interview with someone from the corporate sector. When asked, the interviewee said they did not want to spend their working life just creating value for shareholders.

“I think I second that sentiment,” says Nussbaum. Shareholders need to be rewarded and earn a return on their investment, he says, but there is something else in the purpose of companies. On this he turns to Drax.

“Drax is there to generate power to enhance people’s lives… There must be a purpose that’s beyond merely maximising financial return.”

When people see a purpose articulated, he adds, people find it “exciting”. Of course, governmental bodies have moved significantly to encourage companies to deal with sustainability, including climate change. Last year a G20 taskforce published guidelines for making climate change disclosures, and subsequently received extensive publicity. But so far there is little sign that they will become mandatory.

At the moment Nussbaum appears to favour a voluntary approach to sustainability, citing the work of the International Integrated Reporting Council where he is a board member. Integrated reporting, he says, rests on reporting material issues.

“The advantage of the IIRC,” says Nussbaum, “is that it takes a non-regulatory approach, so that you’ve got more flexibility for companies to look at what’s material for them without trying to define it in law, and offers a single framework which works for completely different companies in different business sectors operating in very different ways.”

“Having reliable electricity is crucial to the functioning of a modern economy and working out how you do that sustainably is one of the big challenges that all major countries face.”

That said, Nussbaum is interested in how companies make progress towards “consistency”, especially on climate change and its effects. Change, he says, can come in sudden, somewhat unpredictable “leaps” of progress. That may be acceptable for progress on many issues. Climate change, and the taskforce guidelines on climate change reporting, may be different, however.

“The difference with climate is that because this is such a huge and significant issue, because it’s global, the argument for consistency, at least across Europe, is pretty high. I think you would be looking for that sooner rather than later and it will be interesting to see if the taskforce was laying out a route to consistency and completeness.”

And Nussbaum is keen to highlight that Drax is playing a role in managing the climate issue, a fact that was crucial in his decision to join the board when invited. After all, you can see the interest Drax might have in Nussbaum. But what about the other way around?

Drax is on a journey, he says, to providing power sustainably.

“The role of the non-execs is…about engaging in the conversation about strategy and holding the executive team to account for delivering on that strategy. It’s important to me that Drax’s strategy is very explicitly that they want to get out of coal as soon as it’s sensibly possible.”

He adds: “Having reliable electricity is crucial to the functioning of a modern economy and working out how you do that sustainably is one of the big challenges that all major countries face.

“I think it’s exciting to see Drax grappling with how it takes part in that.”