AkzoNobel, the Dutch paint maker, has clashed again with shareholders, this time over the appointment of a director. 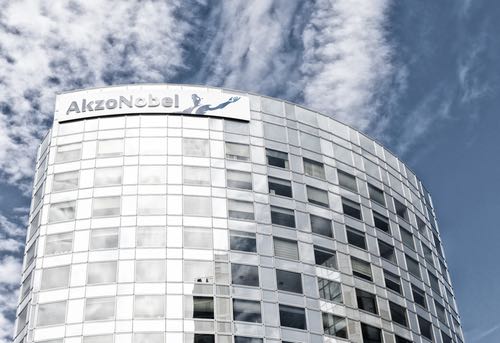 Dutch paint and chemicals group AkzoNobel has said a British pension fund investor has put forward an alternative to one of its board candidates, a nominee the company said it did not support.

USS, which owns about 1.5% of shares in the group, told AkzoNobel it wants Eric Meurice, former chief executive of chip manufacturer ASML, in one of three vacant positions. Akzo’s candidates are Patrick Thomas, chief executive of Covestro; Sue Clark, an ex-director of SABMiller; and Michiel Jaski, ex-chair of engineering group Grontmij.

AkzoNobel, maker of Dulux paint, said: “The Supervisory Board does not support the proposal from USS to appoint Mr. Eric Meurice, taking into consideration feedback received from an independent search firm during the process.”

This marks the latest in a series of the company’s tussles with shareholders. So far this year, the company has had repeated disagreements with hedge fund shareholder Elliott Advisers, notably concerning a takeover bid by US rival PPG Industries.

After fending off the bid, both the chief executive and chief financial officer quit due to health reasons. Elliott then criticised the appointment in July of new chief executive Thierry Vanlancker, saying that it raised “significant legal and reputational risks”.

In a further blow, AkzoNobel has issued two profit warnings within six weeks, despite performance promises made at the time of PPG’s failed bid. For last week’s profit warning, it blamed Hurricane Harvey for rising raw material costs and lower than expected earnings in its marine coatings business.

AkzoNobel will hold an extraordinary shareholder meeting on 30 November, where investors will vote on a spin-off of the chemicals business, the board positions, and the inauguration of the new chief financial officer. The company has also promised to pay out a super dividend of €1bn.