Criminal law is increasingly used to regulate business. Edward Sparrow and Angela Pearson of law firm Ashurst argue that the rule of law and the established legal process are being challenged. 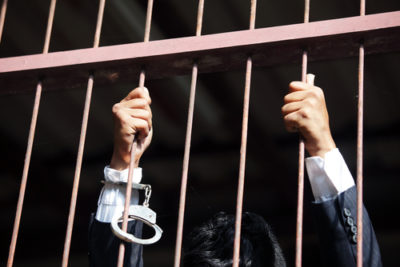 Following the financial crisis of 2008, companies and their management in the UK work in a new regulatory landscape. Criminal law is increasingly used to regulate business; and prosecutors, regulators and lawmakers are aggressive in their pursuit of corporate misbehaviour and what is perceived as wrongdoing.

The press and parliamentarians demand quick allocation of blame and punishment when something goes wrong. In addition, long-standing legal principles are under pressure.

Many observers believe these demands risk undermining the rule of law and the rights of the individual. Edward Sparrow, partner in dispute resolution at law firm Ashurst, says: “Undoubtedly there are new, and greater, risks for executives and companies.”

“Reckless” managers who cause a bank to fail also risk criminal prosecution. The recently announced prosecutions of Barclays and four of its senior executives are based on old law, but demonstrate the use of criminal law to regulate business.

Angela Pearson, a partner and head of anti-bribery and corruption at Ashurst, says: “This change in approach reflects a widespread view that corporate culture and behaviour will only change if senior executives feel that they could find themselves on the wrong side of a prison sentence.”

This new approach is reflected in the use made by the Serious Fraud Office (SFO) of deferred prosecution agreements (DPAs). If threatened with prosecution, it is now possible for a company—if it cooperates with the SFO—to enter into a DPA, under which it makes reparation for criminal behaviour, pays a fine and agrees to certain conditions in order to escape the stigma of a conviction. Those conditions can include assisting the SFO in the prosecution of individuals.

DPAs make front-page news and have been used by the SFO to settle criminal cases against a company known as XYZ, Standard Bank, Tesco and Rolls-Royce. The most recent DPA saw Tesco pay a £129m fine as part of an agreement relating to overstated profits. And Rolls-Royce paid more than £497m in corruption charges.

Another marked development is the change in attitude towards legal professional privilege (LPP). This principle ensures that communications between a lawyer and client remain confidential, unless a client says otherwise. However, LPP has become a target for investigators and regulators.

The SFO in particular has prompted debate over privilege because of the role it plays in the development of DPAs. In order to be offered a DPA, a company must cooperate with the SFO. The SFO’s general counsel, Alun Milford, said in a speech last year that the SFO views waiving LPP as a “significant mark of cooperation”.

He added: “We will view as uncooperative false or exaggerated claims of privilege, and we are prepared to litigate over them…”

“We will view as uncooperative false or exaggerated claims of privilege, and we are prepared to litigate over them…”

These are strong words, given how central LPP is to the process of receiving legal advice, and the current legal uncertainty over the extent of LPP.

The Financial Conduct Authority (FCA) has taken a similar line. The regulator’s director of enforcement, Jamie Symington, said in a speech last year that the use of LPP is the issue on which the FCA finds itself clashing most with companies, especially in relation to witness statements taken during a firm’s own internal investigations, known as “first accounts”.

He said: “…firms need to take care when conducting internal investigations not to let legal privilege become an unnecessary barrier to sharing the output with the FCA.”

The issue has become so intense that the Law Society reminded its members that LPP is “a fundamental common law right and a human right”. A practice note issued in February said: “Lawyers do not have to satisfy enforcement agencies or regulators that claims to LPP are well founded, and the latter are not entitled to make this decision themselves.”

It added: “No adverse inferences should be drawn by investigators or regulators from a claim to privilege or a refusal to waive it.”

A serious corporate failure, especially in financial services, is now accompanied by front-page headlines, many of them demanding that individuals be held to account. This often elicits reaction from parliamentarians and regulators.

Edward Sparrow believes that demands from the media for the authorities to pursue executives are often made on a superficial understanding of  the circumstances. They are ignoring the role and actions of government, regulators, central banks and the economy more generally, as well as the complexities of running a major and complicated corporation. However, they put pressure on MPs to react, and parliamentarians, in turn, put pressure on regulators.

Events surrounding the collapse of HBOS provides a good example. After the bank collapsed it was investigated by the then regulator, the Financial Services Authority (FSA). That investigation ended with a fine and ban for the former chief executive of HBOS’s corporate division, and a statement that no further disciplinary action would be taken by the FSA.

“Knee-jerk reaction by the press and politicians to a corporate or financial crisis is not the appropriate way to respond to that crisis,” says Sparrow.

“We have well-established legal and regulatory processes and the rule of law. They should be respected. The rights of individuals should be protected against popular outcry.”

An example of how individual rights can be eroded is the proposed amendment to the long-standing practice of giving a person, criticised in a public report, the opportunity to see and comment on the criticism before it is published (“Maxwellisation”).

Last year, the Treasury Select Committee ordered a review of “Maxwellisation”. The subsequent independent report recommended that, in order to avoid delays in the publication of reports, those criticised should be told of any criticisms, and be given the opportunity to address them, during the evidence-gathering process rather than by having sight of a draft report.

“We have to ask ourselves whether the media and MPs should determine personal culpability, and influence legal and regulatory processes.”

“There are many flaws in this recommendation,” says Sparrow. “It is driven by a desire to fast-track the publication of reports. It will curtail the rights of the individual and damage the evidence-gathering process.”

The recommendation fails to recognise the two-stage process in producing a report: investigating the facts, then formulating criticisms (this is a distinction that is recognised and implemented by the FCA and the SFO). Investigators will often not have formulated draft criticisms when they conduct fact-finding interviews. An individual will also be ill-equipped to answer criticisms put to him for the first time in interview.

Finally, observers believe the fact-finding process will become confrontational and lose much of its effectiveness by the introduction of criticisms.

According to Angela Pearson, these developments are creating an environment that will force company directors to be much more risk-averse. “Companies and directors are going to have to be more focused on compliance as they come under more scrutiny,” she says, adding that additional compliance brings with it increased costs for organisations.

Edward Sparrow adds: “We are concerned with the way the landscape is developing. There is always a place for appropriate legislation to stop criminal behaviour.

“However, the voice of the popular media is eroding the rule of law and individual rights. We have to ask ourselves whether the media and MPs should determine personal culpability, and influence legal and regulatory processes.”

This article has been prepared in collaboration with Ashurst, a supporter of Board Agenda. Edward Sparrow is a partner in Ashurst’s dispute resolution practice. Angela Pearson is a partner and head of anti-bribery and corruption at Ashurst.