Donald Trump won the US election despite being an outsider. Companies have increasingly turned to outsiders to be their CEO. What are the lessons? 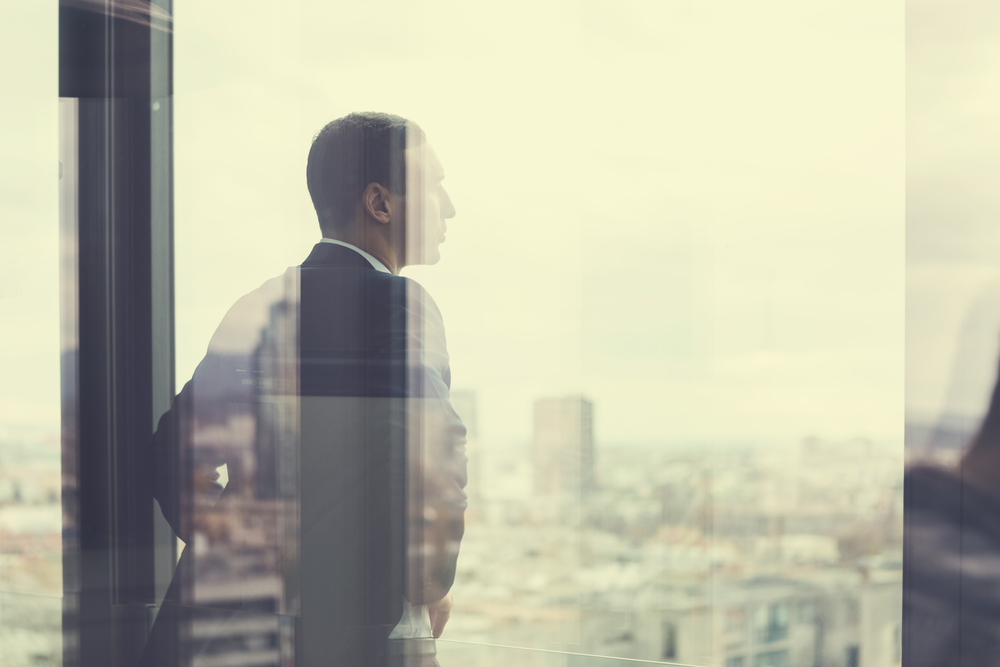 Harvard Developmental psychologist Dr Robert Kegan drew on the work of Viktor Frankl’s logotherapy, in which he referred to human beings as “meaning-making machines”.

This idea asserts that humans’ primary motivation is to make sense of life and that people are constantly making meaning, especially in adverse or pressurised circumstances. In light of that, what meaning are we to make of the new world order in which we find ourselves?

Acres of column print over recent weeks have attempted to rationalise a US election result that for many in Europe was unthinkable. It is interesting now to consider what may have happened, and what we may infer from it.

First, it appears that the majority of voters in the US were subject to that most famous of biases: confirmation. People in thrall to this bias recall or seek only the information that supports their own beliefs, making them far less likely to consider alternative arguments.

In times of turbulence, organisations are increasingly turning to a leader from outside the corporation for salvation.

The Western press, our primary information source, was essentially a pro-Clinton liberal bubble fuelling our stance. However, when beliefs become extreme they suppress cognitive functioning. In a famous Stanford experiment, people with strong views on both sides of capital punishment were offered mixed evidence about its efficacy. Twenty-three per cent of people in the experiment reported that their initial attitudes became more extreme.

This goes some way to explain why Trump and Clinton supporters “dug in”, supporting their candidate despite the controversies enveloping their candidates. What they were reading or watching, sometimes on “fake news” sites, entrenched their views and repressed critical thinking.

The appeal to pathos

Second, as my colleague Professor Quy Huy has commented, the candidates took vastly different approaches to winning over potential voters. Trump may not have been aware, but his win was underpinned by the classical Aristotelian art of persuasion embedded in the threefold axiom of ethos, pathos and logos (in other words the appeal to ethics, emotions or logic).

Clinton was infinitely more prepared intellectually, carefully crafted her arguments, and was eloquent and insightful about the issues, giving her the logical appeal.

Trump, despite the questioning of his abilities, convinced many voters that a man who had run a corporation could run their country, thus ticking the ethos box. By connecting with the portion of the electorate that was hopping mad with Washington and the so-called “political elite”, he also had emotional reach. And it was this raw emotion that proved more powerful than logic at the ballot box.

In times of turbulence, organisations are increasingly turning to a leader from outside the corporation for salvation. Outsider CEOs such as William Perez of Nike and Jeff Nugent of Revlon were hired by boards to lead companies through major transformations, but interestingly, did not make it through a two-term post-succession period.

Trump, with his own cadre of outsiders, may create a short-term blip by reducing regulation, benefits and tax breaks, but could be limited in his subsequent options.

According to the Washington Post in 2014, the number of incoming outsider CEOs was 22%, up from just 7% in the 1970s. Seemingly, the US electorate has bet on an outsider with Donald J. Trump.

Research suggests this can work, albeit with caveats. In 2012, MIT Sloan did a wide-ranging, 30-year longitudinal review of 90 companies that had brought in an outsider and found that success was highly correlated with radically overhauling the top team. Trump has certainly done that.

The review found that outsiders were competent at creating benefits through cost-cutting. Their results, however, were mixed in driving growth unless they were in high-growth environments with fistfuls of options to grasp. Lou Gerstner at IBM and Jim McNerney at 3M are references for transformational outsiders who leveraged growth opportunities.

The US, however, is only just returning to growth. So, Trump, with his own cadre of outsiders, may create a short-term blip by reducing regulation, benefits and tax breaks, but could be limited in his subsequent options.

Of note, the study found that outsider CEOs who changed strategy too quickly underperformed, and CEOs who did not have the patience to build their network were swiftly ejected.

It could be argued that what we witnessed in the US election was a defence mechanism known as “splitting”: black-and-white thinking focused selectively on positive or negative qualities.

Transformational leaders are problem-seeking, not problem-solving.

Emanating from object relations theory, splitting suggests difficulty in holding or valuing opposing views about oneself or others. The demonisation of both candidates during the election suggests it was largely impossible for core voters on either side to recognise any good in the other.

The interesting and controversial thing about splitting is that the “other” represents a part of oneself, to which we have not reconciled. As individuals, our disgust at Clintons’ alleged lawbreaking or Trumps’ misogyny or racism are possibly elements we have experienced in ourselves at some point and moved beyond. The traces however, may still be there.

Finally, the election is a reminder that progress is jagged. There are no neat 45-degree trajectories to get us from A to B. It is the human condition to negotiate, barter, debate and object. We have done so since the Greeks introduced democracy. In the past 100 years there has been dramatic progress: universal suffrage, equal rights for minorities and, more recently, climate accords and nuclear arms reduction treaties, all of these navigated and negotiated with massively divided opinion on both sides. Yet they stand. Progress will continue its jagged path, but upwards.

Looking back, here are leadership lessons learned from a tumultuous time:

Populist demagogues, idealised leaders who will theoretically solve all our ills, will come and go. In the end, the leadership we exercise at grassroots, in our homes, communities and organisations, driven by universal human values, will suffice to overcome the grief we may feel when life does not fulfil our expectations.

Graham Ward is an adjunct professor of leadership at INSEAD, and Leadership Development Practice Director at the INSEAD Global Leadership Centre.