Corporate governance in the UK is under scrutiny. Stephen Haddrill, chief executive of the UK’s governance regulator, discusses where he believes change should come. 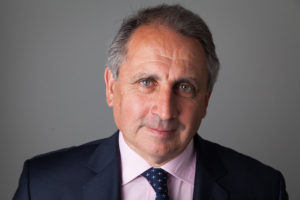 It has been 25 years since the Cadbury report on UK corporate governance was published, and while there have been many improvements, the recent collapse of BHS and the controversial working practices uncovered at Sports Direct have shaken public trust.

It has become one of the main items on prime minister Theresa May’s agenda, with parliament launching a series of hearings on reforming British boardrooms.

For Stephen Haddrill, head of the UK’s financial reporting watchdog, the Financial Reporting Council (FRC), governance is on a good footing but there are improvements still to be made.

Haddrill believes that “in general, corporate governance is strong in the country and people view it as a good place to invest in. It underpins the flow of capital into UK equity markets, but in our view it needs to be better and more responsive to a wider group of stakeholders and not just shareholders.”

[Corporate governance] underpins the flow of capital into UK equity markets, but in our view it needs to be better and more responsive to a wider group of stakeholders and not just shareholders.”

His comments come at a time when corporate governance is under intense scrutiny. MPs on the House of Commons business, energy and industrial strategy committee (BEIS, formerly BIS) are conducting an inquiry focusing on executive pay, directors’ duties and the composition of boardrooms, including worker representation and gender balance in executive positions.

They are also probing whether current company law is sufficiently clear on the roles of executive and non-executive directors, and if their duties should be amended.

MPs have also conducted an inquiry into what was described by a report as the “systematic plunder” of the retailer BHS by its former owner, Philip Green. He owned BHS for 15 years before selling the 180-outlet, loss-making chain to Dominic Chappell—an entrepreneur with no retail experience—for just £1 last year.

The company went into administration in April with the loss of 11,000 jobs and a £571m hole in its pension fund which, if not filled, will leave 20,000 pensioners facing significant cuts to their income.

The FRC has already responded to MPs looking at governance reform.

Haddrill says: “In our response to the BEIS inquiry we said that the continued success of the [corporate governance] framework, particularly in times of market uncertainty, depends on achieving an effective balance of responsibilities between the government and regulators, the application of sound judgement by directors and investors in using the flexibility given to them, and the involvement of a wider range of stakeholders.”

The FRC also noted that boards should pay more attention to their responsibilities under Section 172 of the Companies Act 2006, which states that “a director of a company must act in the way he considers, in good faith, would be most likely to promote the success of the company for the benefit of its members as a whole”.

One way forward is for companies to show how they have allocated funds between pensions, dividends, directors’ remuneration, and capital investment. This could be achieved through additional principles and provisions in the UK Corporate Governance Code, which provide for disclosure in companies’ annual reports, and changes to the FRC’s Strategic Report Guidance.

“We think there should be stronger enforcement of the existing responsibilities of directors,” says Haddrill. “Under the current system, the regime is pretty fragmented for directors and there needs to be greater accountability.

“One of our key recommendations was that the government should review the enforcement framework in order to establish an effective mechanism for making directors and others in senior positions more accountable if they fail in their responsibilities.”

“In line with our broader stakeholder theme, we would like to see a far-reaching review of the pay packages of a company in general, and not just those of the top earners.”

Haddrill also notes that the “prime minster is right to highlight the pay issue. There needs to be greater clarity on pay packages for shareholders and what the remuneration entails. In line with our broader stakeholder theme, we would like to see a far-reaching review of the pay packages of a company in general, and not just those of the top earners.”

The FRC also calls for the remuneration committees of companies to assume broader responsibility to scrutinise the pay and conditions of a company’s workforce.

“Greater links should be made between a company’s performance and an employee’s pay package,” says Haddrill. “Many companies have introduced three-year pay policies, but one question that should be asked is: what if, after that period, the company does well because of economic conditions that have nothing to do with management skill?

“In these circumstances, the board and remuneration committee can exercise discretion as to what constitutes a reasonable bonus.”

Composition of the board should also be a high priority with greater diversity and inclusion, according to Haddrill. Like pay, this is not a new issue but many companies are still falling short by not having people from different backgrounds and skill sets sitting on boards—despite evidence that diversity adds value to a company’s overall performance. This is not only because they bring a new perspective and challenge mainstream thinking, but they also help keep the board’s finger on the pulse in terms of current public and consumer thinking on a broad range of topics.

While it is too early to predict what actions the government will take, Haddrill stresses that companies should not underestimate the importance of a robust corporate culture.

“Whatever we do in terms of regulations, unless there is a strong culture supportive of strong ethics and fair play with employees, then these rules can be circumvented. The board needs to drive this and I think, in general, culture has been one of the most overlooked areas.”

It found that “a healthy corporate culture is a valuable asset, a source of competitive advantage and vital to the creation and protection of long-term value”.