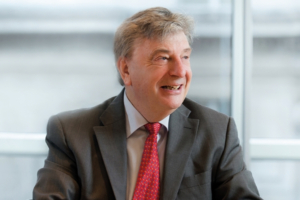 Mike Fairey, chairman of the specialist lending and retail savings group OneSavings Bank, will step down at its 2017 annual general meeting, while non-executive director Dr David Morgan will leave at the end of the year.

Fairey joined the challenger bank in April 2014 and led the company through its IPO later that year.

The company said it would be conducting a “comprehensive internal and external search” for a new non-executive chairman.

Morgan has been in his position at OneSavings since its 2011 inception.