Analysis of modern slavery statements from FTSE 100 companies reveals none have achieved the highest standards of disclosure. 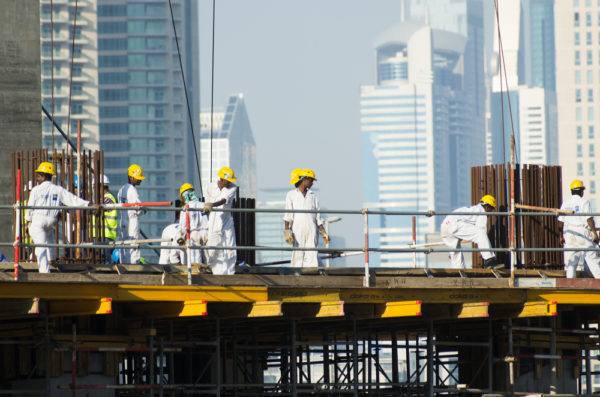 Poor reporting under the Modern Slavery Act is “endemic” among FTSE 100 companies, according to the Business and Human rights Resource Centre.

The comments were made after the centre concluded that none of the 27 FTSE 100 companies that have so far made modern slavery statements have achieved the highest standards of disclosure.

The centre scored companies in ten tiers, according to statements made on their efforts to eliminate slavery from their operations and supply chains. Almost half the companies were scored in the bottom three tiers while none made it to the top two.

According the centre, which has been collecting slavery statements made for the 30 September deadline, the best-performing companies were Marks & Spencer and SAB Miller (recently acquired by AB InBev) in tier three.

Phil Bloomer, executive director of the centre, said: “This is the first year of reporting, so no-one expects perfection. But it’s disappointing how small the leadership group is.

“Their care also highlights the poor performance and reporting which seems endemic in the larger group.”

The Modern Slavery Act was introduced in 2015 and requires companies to report their efforts to tackle forced labour. UK prime minister Theresa May recently said 45m people worldwide were victims of modern slavery.

The resource centre’s research concluded that most companies disclosed too little information on the intricacy of their supply chains and failed to identify specific areas of slavery risk.

There are three core issues of compliance in the slavery act: companies must produce a statement approved by the board, the statement must be signed by a director, and it should be displayed on the homepage of the company’s website. Just 15 of the 27 FTSE 100 companies complied with all three demands.

“No company wants the scourge of slavery in its operations and supply chains, so why are too many well-resourced FTSE 100 companies apparently doing so little?” added Bloomer.

“There are no excuses for inaction on slavery. We hope the next group of FTSE 100 companies to report will leapfrog these, and emulate the better practice of the leaders.”