Pharmaceuticals giant agrees to settle charges over “pay to prescribe” schemes in China. 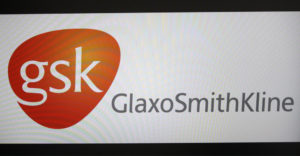 GlaxosmithKline, the pharmaceuticals company, has agreed to pay a $20m settlement to the US financial watchdog for breaching the Foreign Corrupt Practices Act, the equivalent to the UK Bribery Act.

According to a statement from the Securities and Exchange Commission (SEC) the fine was levied after subsidiaries in China became involved in “pay-to-prescribe” schemes.

The schemes involved the transfer of money and gifts over several years and led to “millions of dollars” in increased sales of GSK’s products.

The SEC added: “GSK failed to devise and maintain a sufficient system of internal accounting controls and lacked an effective anti-corruption compliance program to detect and prevent these schemes. As a result, the improper payments were not accurately reflected in GSK’s books and records.”

GSK agreed to the settlement without admitting or denying the SEC’s findings. The company has also agreed to update the SEC over the next two years on the implementation of anti-corruption measures.