Aviation and distribution business appoints new board leader to take over at the end of July. 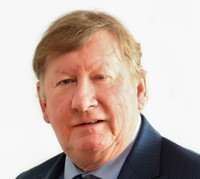 Dr Dermot Smurfit has been appointed chairman of John Menzies, the distribution and aviation business.

Dermot Jenkinson, interim chairman of John Menzies, said: “I am delighted to be able to appoint a chairman of the calibre of Dr Smurfit. As previously announced I had committed, at short notice, to act as chairman until such time as a suitable candidate had been found.

“The obvious qualities that Dr Smurfit possesses and his availability to assume the chairman responsibilities immediately meant I was happy to recommend his appointment. I am confident that Dr Smurfit will be a great asset to the group.”

Smurfit is currently chairman of PowerFlute and ML Capital. He is also a non-executive at Timber Capital and The Forest Company.

Smurfit will take over formally on 25 July.

In May a trading update for the first four months of the year showed John Menzies’ revenues were up 7%. Cargo volumes were, however, down 2%. February saw the company complete its acquisition of Renaissance Aviation in Bermuda.