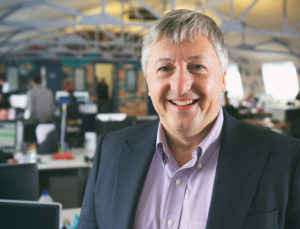 The former chief executive of Sportingbet has become chairman of EG Solutions, producer of back-office software.

Payne adds EG to a clutch of other directorships including the chairman’s role at AIM-listed Stride Gaming, the online bingo operators.

Earlier this month EG warned that its first-half trading performance would be “lower than previously anticipated”. The business added that it expected this to be offset by stronger trading in the second half.

In a statement on 9 June, EG said: “The board maintains its expected adjusted profit guidance for the full year to 31 January 2017, with large deal developments with channel partners and customers continuing to progress positively.

“Due to the timing of the commencement of discussions, this will mean that the first-half trading performance and cash generation will be lower than previously anticipated, but we expect this to be offset by a stronger trading performance in the second half of the year.”