Non-executive appointments may seem like a natural progression for many but enthusiasm for a first role should not be allowed to crush caution. 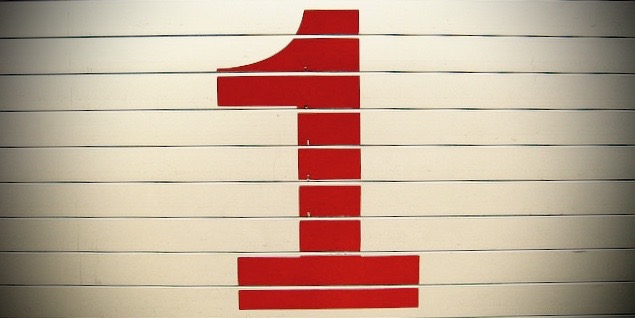 “You must do your research and your due diligence,” he says. “There is a big risk that someone’s desperation to get on a board is so great that they almost ignore their instincts about finding out the reality.

“But whatever it is, one day these tensions will blow up…and who on the board will be the most vulnerable? The person who joined most recently. And if that is your first board position…your career as a board member may be over. The reputation loss is immense.”

“The worst thing you can do is get on a board and then discover how it operates. If it is a public company you can be in a really difficult position if all is not as it seems.”

Barry Gamble, chairman of Fisher German LLP, a non-executive director at LightwaveRF and chairman of NEDgroup at Russam GMS, agrees.

“The worst thing you can do is get on a board and then discover how it operates. If it is a public company you can be in a really difficult position if all is not as it seems. You have to give it a spell to see if you can work with it, a few months, then conclude ‘this isn’t going to work’ and you agree with the board that you are leaving. Then there will have to be an announcement to the stock exchange about it.”

Who holds the cards?
In this scenario the board holds all the cards, meaning that the non-executive will have little say about how his or her departure is describe officially and, particularly, unofficially.

Many first-time candidates are unwilling to risk upsetting chairmen or nominations committees by asking tricky questions, but it is better to take that risk than end up in this sort of situation, says Kakabadse. And it’s worth remembering, too, that part of a non-executive’s role is asking challenging questions.

“You have to do your homework and you have to ask questions,” says Gamble. “Start by looking at how the role is coming about: is it a new role, or has a vacancy arisen following someone’s retirement? If the latter, is there evidence that the board is being refreshed at a reasonable rate, or have there been lots of changes in a very short time with no clear explanation?

“Another red flag is a strong chairman or chief executive who stays in place while non-executives come and go—that can suggest a difficult dynamic,” says Gamble, who has turned down appointments where he felt the board dynamic would not allow him to be truly independent.

Media reports
Paul Hopkin, technical director at the Institute of Risk Management, recommends looking at media reports, including those on social media. “And find out whether it is in a regulated sector and, if so, what sort of regulator activity has been involved.”

Gamble also suggests meeting the board as a whole, and ideally attending a meeting as an observer to get a sense of the dynamic. Reading board papers and minutes can also help with this—and with getting a sense of how well basic processes work, too.

“The other thing is to talk to the company’s advisers: their brokers, their accountants, their lawyers, their PR advisers,” he says. “And you should ask to talk to departed non-executives and executive directors.” This can be tricky to ask for but candidates should be “massively wary” if the chairman is unwilling to make this happen.

Gamble also advises potential non-executives not to jump in the deep end with their first role. “It’s a good idea to go into the charity or pro-bono area to get one’s feet wet. It is a good way of understanding what is involved in the non-executive role, broadening your experience and generally improving your skill set.”

Focusing on areas that you know and understand from your executive career is also a good policy.

Mike Lander, the managing partner of 4C Associates, became a non-executive director at the NHS Institute for Innovation and Improvement two and a half years ago, as part of a long-term strategy of building his governance skills so that he can move into a portfolio career. “By my late 50s I want a number of non-executive and advisory board positions,” he says.

Lander’s target is private rather than listed companies, as that is the best fit for his experience, but the logic of his approach can be applied broadly.

Focusing on areas that you know and understand from your executive career is also a good policy, says Hopkin, who has held non-executive roles at various membership bodies. This may mean calling upon historical experience if a current executive role would create a potential conflict of interest.

One way to assess the risks associated with a particular sector is to see what insurers think of it, he suggested. Financial services, retail, transportation and leisure all have relatively expensive directors’ and officers’ insurance premiums, for instance.

“So, they are sectors that are recognised as being high-risk from the insurers’ point of view, which is a good guide,” says Hopkin. “It means you should exercise extra caution. That’s not saying don’t do it, but be extra sure.”

Carly Chynoweth is Board Agenda’s correspondent on board career and diversity issues, and is a regular writer for The Sunday Times on executive appointments.