If boardroom meetings were streamed live for investors, would there be an improvement in board performance? Kieran Moynihan of Board Excellence says radical steps like this are necessary to improve corporate accountability. 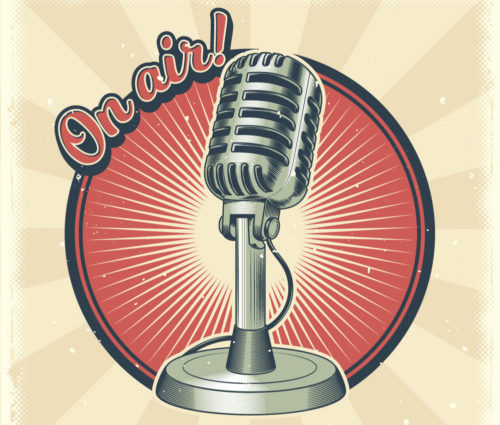 Shakespeare’s famous lines from Julius Caesar, “There is a tide in the affairs of men, which taken at the flood, leads on to fortune”, illustrates in a very prescient way the crossroads that PLC boardrooms have arrived at.

After relentless waves of corporate and boardroom scandals, an ever-growing revolt by shareholders on executive pay and poor standards in ethics, boards are facing an unprecedented level of scrutiny of their behaviours, their effectiveness and their performance as a board team in protecting the interests of their shareholders and stakeholders while adding genuine strategic value to the organisation.

The current approach to board evaluations still has too much of a “tick-box” mindset, making it far too easy to ignore the big elephants in the room.

Governments and society as a whole are soul-searching as to whether existing corporate governance standards and board best practices are working sufficiently well.

The recent decision by the UK government to undertake a root-and-branch review of the Financial Reporting Council (FRC) is indicative of a broader concern that company shareholders and stakeholders have an increasingly strong desire to open up the black box of PLC boardrooms.

They want to analyse and understand how critical decisions are made; the performance of each individual board director; the effectiveness of the board team; the leadership of the chairman and CEO; the level of rigorous debate and challenge taking place among a genuinely diverse board team; and the level of ethics being demonstrated by the board.

In arriving at this crossroads, boards have an opportunity to take radical steps to usher in a new era of transparency on the performance of board teams, but many seasoned observers in the PLC board sector have legitimate doubts.

The decision by Legal & General Investment Management to fire a serious shot across the bows of FTSE 350 companies that are not embracing board diversity highlights the continued resistance by many boards to genuinely embrace diversity, not only in terms of gender but age and different thinking styles.

In terms of understanding boardroom performance and behaviours, a high-quality, independent and rigorous board evaluation process represents the strongest tool to shed a bright light on the inner workings of board teams.

However, board review reports are not normally accessible to shareholders, and the most that shareholders will see of the annual board evaluation report is a carefully written three paragraphs in the annual report which, 99% of the time, will say that everything is wonderful on the board, that two or three items have been identified for attention and, frankly, there is nothing to see here.

It is widely acknowledged that the standard of board evaluations is extremely variable and that even for the largest companies, the current approach to board evaluations still has too much of a “tick-box” mindset, making it far too easy to ignore the big elephants in the room.

While “commercial reasons” are generally why shareholders do not have access to board evaluation reports, why not take a radical new approach where all shareholders could be entitled to a full, or a significant summary of, the board evaluation report? Instead of the standard three paragraphs that appear in the annual report presented at the AGM, there would be a far more robust assessment where the shareholders could feel—based on a far more concrete board evaluation summary—that every board member was genuinely pulling their weight, adding significant value as part of a genuinely diverse board team in which rigorous debate and challenge were the norm.

Best practices in risk-management would be applied and, from an independent evaluator’s perspective (not conflicted by having other current or future fees, such as executive search fees, audit/financial project fees at stake), the board team were genuinely outperforming for their shareholders.

Continuing in this radical vein, let’s imagine a hypothetical scenario in which we inform the boards of PLC organisations that the next meeting would be streamed live to all the shareholders. Each shareholder would then be asked to assess each board member’s performance, as well as the team’s overall performance, under the key areas of:

• Overall work ethic (including quality of preparation, signs of effort between board meetings and at the board meeting);

The majority of board members—even the most seasoned veterans—find it an unusual and surprising lens through which to view their boards.

• Diversity of thinking styles and approaches around the board table;

• Engagement (attitude and respect for fellow board members, listening);

• Chairman’s leadership of the overall board meeting;

• CEO’s leadership in engaging openly and constructively with the board;

• Level of ethics and overall respect for shareholders and stakeholders;

• Collaboration between board members and the sense of a genuine team.

Each shareholder would then be asked for both individual board directors and the board team to vote on:

(a) Retaining the board member;

(b) Replacing the board member;

(c) Retaining the board team;

(d) Replacing the board team.

In our best-practices workshops in Ireland and the UK, I put this scenario to board teams and asked them to reflect on it. There is a genuinely positive reaction to this scenario as the majority of board members—even the most seasoned veterans—find it an unusual and surprising lens through which to view their boards. They very quickly grasp the true point of the exercise, which is to understand that their level of effectiveness and performance as a board team may actually fall quite short of what their shareholders expect of them.

Some of the feedback from board members, both openly and in private, has included comments such as: “As chairman, I would be horrified to have to go through a scenario like this as I believe we have been drifting for years, and our shareholders would genuinely be highly disappointed if they saw the true state of our board effectiveness and performance.”

And: “This is a serious wake-up call, and while I believe we have a competent board, I don’t believe any of us around the table think that we would come out of an exercise like this with flying colours.”

The penny drops quite quickly with all the board members when the following point is made: “Why should it take streaming the board meeting live to all shareholders for you individually, and collectively, to be absolutely at your best and perform as an outstanding, highly effective board team?” 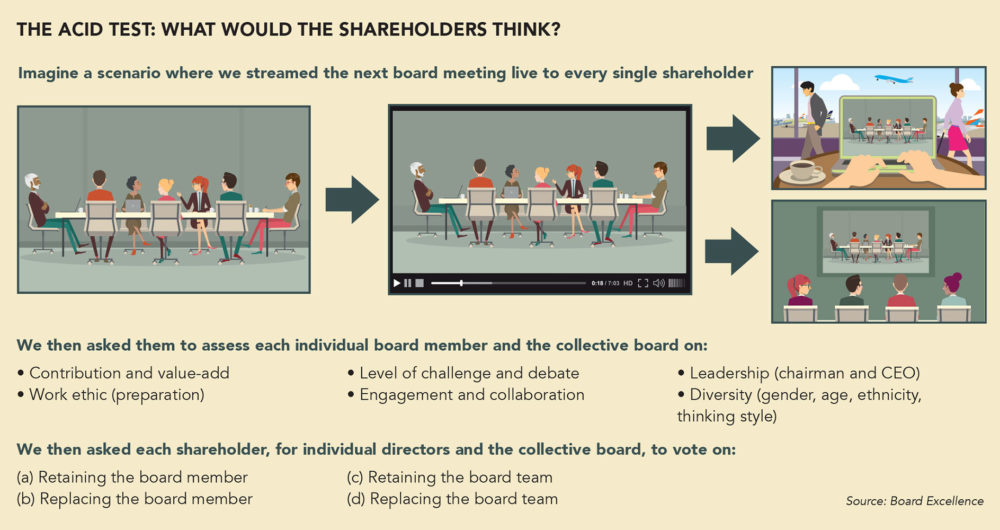 While the idea of shareholders receiving the detailed annual board evaluation report and streaming the next board meeting live might appear radical and uncomfortable to executive and board teams, it is new steps like this, however unconventional, that are needed to usher in a whole new level of transparency and accountability for PLC boards.

It would be interesting to see how a board remuneration and compensation committee would handle a discussion on executive pay with all the shareholders looking on with intense interest.

Excellence is not the default position of a board of directors, irrespective of the stature and CVs around the table. Outstanding boards are forged from high-calibre chairmen setting the bar very high for board effectiveness and performance; superb and diverse non-executive directors bringing an outstanding work ethic, challenge, oversight and strategic thinking to the board; a CEO and executive team engaging in a highly open and accountable manner; and all integrated into a genuine board team with a passionate commitment to excel on behalf of their shareholders and stakeholders.

The opportunity is there for progressive PLC boards to grasp the opportunity and open up the black box of the boardroom to enable shareholders and stakeholders to genuinely understand the behaviours, effectiveness and performance of the board team.

Kieran Moynihan is managing partner of Board Excellence, which helps boards excel as high-performance teams.