Cambridge Analytica harvested the data of 50 million Facebook users to help swing the US presidential election, but amid the trend for corporate governance ‘narratives’, did Facebook’s directors forget the chapter on ethics? 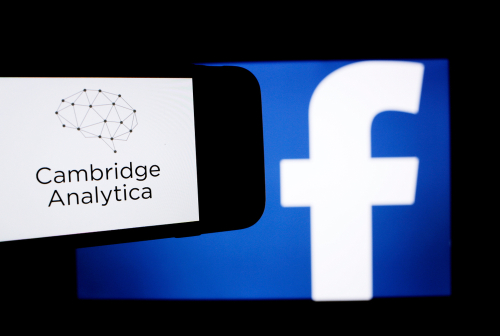 One of the arguments that one increasingly hears these days is that corporate governance in the new economy will be all about the “story” of the company, not about its performance or assets. Value will be primarily dependent on the narrative of future growth.

The role of boards in the future will therefore be to weave this story and make it as credible as possible to investors and other resource providers.

Directors are there to kick the story around, to challenge and dent its shiny, futuristic polish.

This argument is partly right. The shareholder value of “growth” companies is not a result of the paltry value of their (tangible or, in the strict accounting sense, intangible) assets. It is very much dependent on the credibility of their growth narrative. Moreover, the present value of this narrative to “new economy” shareholders seems, in itself, much higher than the present value of assets/prospects in other industries.

Even after the Cambridge Analytica breach came to light earlier this year, Facebook traded at more than 10-times sales, as opposed to a factor of slightly more than two, at most, for the broader S&P 500.

However, when it comes to the board this argument is wrong. New economy or not, directors are not there to cheer the executives as they develop their story. They are there to kick the story around, to challenge and dent its shiny, futuristic polish. Their job is to make sure that the strategy reflects the key risks faced by growth companies of the “network” kind, of which Facebook is the prime example.

We all witnessed the extraordinary story of Facebook‘s failure to stop Cambridge Analytica from harvesting data from more than 50 million users. As a result of this story, Facebook lost more than 110 billion of its market capitalisation (although it has recently somewhat recovered). The “elephant” risks, whose realisation (or sharply increased likelihood) resulted in this huge shareholder loss, were well known to Facebook.

The first one is a classic legal risk: the company might be sued by some of the 50 million users whose data were stolen and face multibillion-dollar fines as a result.

The second one is a regulatory risk, or in the words of Facebook’s 2016 Annual Report, the risk that “…proposed or new legislation and regulations could … significantly affect our business”.

Last, but not least, there is a classic reputational risk: a perception of loss of the network’s integrity could easily translate into a largely asymmetrical loss of trust on the part of the network’s users, who might switch their allegiance to other competitors.

To use again the language in Facebook’s disclosures “…there (might) be decreases in user sentiment about the quality … of our products or concerns related to privacy and sharing, safety, security, or other factors; we, developers whose products are integrated with our products, or other partners and companies in our industry are the subject of adverse media reports or other negative publicity… If we are unable to maintain or increase our user base and user engagement, our revenue and financial results may be adversely affected.”

Where was the board?

There is something quite remarkable in the reaction to Facebook‘s “epic fail” (as per The Economist). Neither the company, nor the various commentators on its travails, have asked what is almost a cliché question in similar situations: Where was the board? Was it only there to help with the “story” in new economy companies?

The consensus view seems to be that the “fail” was management’s fault alone and that the board was effectively irrelevant in overseeing risk or holding management accountable for managing it properly, two of its key duties in “plain vanilla” companies.

So, let us take a closer look at Facebook’s board. It is an illustrious board of nine individuals, seven of whom are non-executives. These non-executives mostly hail from the new economy. Only one, the lead independent director, Susan Desmond Helman, is not currently a professional investor in the sector.

There is a clear public policy/public interest perspective in every social network and one would think that the ethics that underpin a platform for social interaction would be a prominent concern of the board.

While at least three Facebook directors could contribute to a discussion from a public policy/public interest perspective, at least on the basis of their CVs, there does not seem to be any committee or other forum which could make use of their expertise and where such discussions could take place.

What is even more striking is the little influence that shareholders, other than the CEO and founder, Mark Zuckerberg, have in the composition and performance of the board. Zuckerberg controls appointments through a special class of shares with enhanced rights.

What is even more striking is the little influence that shareholders, other than the CEO and founder, Mark Zuckerberg, have in the composition and performance of the board.

What’s more, this is a “shareholder-only” company: according to it latest 10-k form, equity consists of almost 90% of the balance sheet. There are precious few bond holders or bank creditors to enforce outside discipline on the company. This fact makes the power of the founder even more glaring.

A partial remedy to this asymmetry could have been a more balanced board with a powerful independent component representing a perspective different to the “story” of the industry. A board forum to oversee the “elephant” risks, informed by ethics and public policy expertise, would also have been very welcome.

Maybe none of this is needed and investors will soon start buying the “story” again, in a wholesale fashion. But maybe not. Maybe it is time for the Facebook “story” board to take a page out of the Uber book before it’s too late…