Risk advisors reveals a year of extreme uncertainty ahead, with companies faced with choosing one of three strategies to work through geopolitical upheaval. 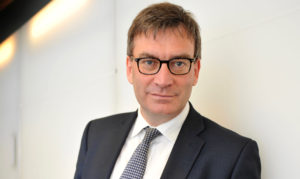 Populist political movements, cyber-threats and terrorism make 2017 a bleak year for business, with companies facing a year of “strategic uncertainty”, according to the latest risk map from advisors Control Risks.

Control Risks produces one of the most respected assessments of global risk each year, with Risk Map 2017 a picture of significant uncertainty.

In an introduction to the new map, Control Risks’ chief executive Richard Fenning said: “When I look at the world now and project forward to 2017, geopolitical order seems like a pretty redundant idea. Accepted terms and conditions of trade are being rejected.”

Fenning said the “sheer mass” of stored data along with increasing digitalisation and the internet of everything means that “risk is everywhere”.

He also highlighted the risk presented by electorates turning to politicians who appeal to populist sentiment, including Donald Trump.

“Trump’s triumph in the US election is the biggest and loudest manifestation of a global trend in which voting publics [sic] no longer follow the trajectories that political elites have set out for them.

“They flock instead to candidates promising to sweep away everything they believe has messed up their world and made them poor. Politicians, regulators, free trade, immigrants and drug dealers [are] all being blamed.”

Sharks, on the other hand, “take on more risk in pursuit of opportunity, whether in new activities or new markets. Low (or negative) interest rates, in particular, have increased the appeal and reduced the costs of hunting yield.”

Whales, meanwhile, “try to get too big and too diverse to sink in anticipation of a prolonged period of strategic uncertainty.

“Taking advantage of cash stockpiles (around $6trn at the outset of 2016) and historically cheap financing, this strategy focuses on M&A to create diverse, integrated businesses that can dominate select markets or sectors.”