The Serious Fraud Office is investigating the bank over its Qatari fundraising agreements of 2008. 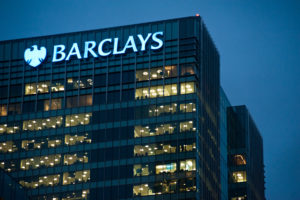 The Serious Fraud Office plans to decide by March whether to press charges in its criminal enquiry of Barclays’ 2008 Qatar fundraising.

The watchdog is investigating fees paid by the bank in connection with the capital raising, and whether money was secretly invested back into Barclays without the proper disclosures.

Some of Barclays’ former top management have been questioned in the probe.

The lawsuit focuses on claims that there were two allegedly secret agreements, in which Barclays agreed to pay Qatari investors more than £346m.

PCP Capital Partners is suing the bank over payments to Qatari investors connected to the emergency cash call in October 2008. PCP represented Abu Dhabi during the same transaction, which helped Barclays avoid a taxpayer bailout.

The alleged secret payments are on top of the £300m in fees paid by the bank that Barclays disclosed when it announced the deal. The bank tapped foreign investors for £4.5bn and £7.3bn respectively in two separate cash calls. Qatar Holding took part in both, while PCP participated in the larger one.