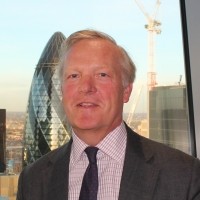 Michael Dawson will sit as a member on Lancashire’s nomination and corporate governance, remuneration, underwriting and underwriting risk committees.

Dawson has more than 35 years’ experience in the insurance industry, having started his career at Lloyd’s in 1979. He joined Cox Insurance in 1986 where he was chief executive from 1995 to 2002.

In 1991, Dawson formed and became the underwriter of Cox’s and subsequently Chaucer’s specialist nuclear syndicate 1176. His responsibilities to Chaucer and syndicate 1176 remain unchanged.

Between 2005 and 2008 Dawson was appointed chief executive of Goshawk Insurance Holdings PLC and its subsidiary Rosemont Re, a Bermuda reinsurer, following a period of extensive losses; in this role he helped implement the successful restructuring and run-off of those businesses.