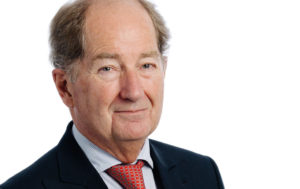 Proxy adviser ISS has entered the debacle over Speedy Hire’s executive chairman Jan Astrand, saying there is no compelling argument for his removal but a new appointment to the board should be made.

The intervention comes after activist investors Toscafund Asset Management issued a letter demanding the removal of Astrand through a shareholder vote at the company’s AGM on 9 September. Toscafund also proposed the appointment of David Shearer, a turnaround specialist, as a director.

The Telegraph now reports ISS as saying Astrand’s removal is unnecessary but new blood on the board would be useful.

The paper quotes an ISS note that reads: “While some of Mr Astrand’s actions are questionable in terms of governance, there is not a compelling argument at this stage for [his] removal from the board.

“On the other hand, Mr Shearer’s appointment would reinforce a board at a very challenging time for the company.”

Toscafund’s original letter at the end of July calling for the vote was highly critical of Astrand.

“Toscafund considers that these changes to the Board are necessary to protect and enhance shareholder value at Speedy Hire and enable the management team to move forward with their turnaround plan. Toscafund is not planning to request any further board changes,” the letter said.

“Toscafund believes that Jan Astrand has been indecisive as a business leader, failed to support Speedy Hire’s executive management fully and failed to consult with shareholders regarding key board appointments. In addition, his role as executive chairman is incompatible with the UK Corporate Governance Code when the company already has an effective chief executive.

“Toscafund notes that, since Jan Astrand’s appointment as executive chairman in July 2015, the company’s share price has fallen 34%. Over three years it has declined by 43% from 60 pence to 34 pence.”

In a subsequent letter on 10 August, Toscafund wrote directly to Astrand requesting he resign. It said: “The simple fact is that you have failed to deliver during your tenure as executive chairman and we do not believe you have the appropriate track record or attitude to oversee the company’s turnaround.”

Speedy Hire responded with a shareholder circular recommending a vote against the Toscafund proposals as well as detailed counterarguments. The circular recounts Speedy’s engagement with Toscafund and Astrand’s efforts to correct problems identified in the company.