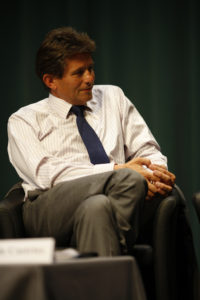 De Castries is the chief executive and chairman of AXA, a French insurer and asset manager that has a long-term partnership with HSBC in Asia and Latin America.

He is also chairman of the French think-tank Institut Montaigne and of AXA Hearts in Action, AXA’s volunteer community outreach programme. He serves as a non-executive director of Nestlé SA and of the French National Foundation for Political Science (FNSP), and is a member of the advisory board of Tsinghua University School of Economics and Management, Beijing.

Paul Walsh was chief executive officer of Diageo from 2010 to 2013, where he oversaw the divestment of Burger King and Pillsbury and the acquisition of Seagram’s spirits and wine operations.

He is currently chairman of Compass Group Plc and Avanti Communications Group Plc, and is a non-executive director of FedEx Corporation.

The bank also confirmed that Sir Simon Robertson, deputy chairman who joined the board in 2006, will retire at the 2016 annual meeting.