In his second article Neil Britten outlines the reasons behind failing to identify strategic risks, an essential role for board directors. 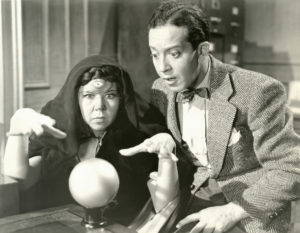 We are sometimes asked, what is strategic risk governance? Let’s look at the underlying concepts:

Governing strategic risk is one of the most important functions that a company’s board performs. Research shows that when existential threats arise companies frequently fail to have anticipated, assessed or adapted to the potential threat—sometimes labelled director “risk blindness”.

Boards cannot respond to a potential existential threat if it has not been identified. Failure to anticipate is the most critical failure, and there are four main causes.

The first is the complex nature of the environment in which most companies operate. Complex systems are characterised by multiple linkages between causes and effects, many of which involve non-linearity. Moreover, many of the players in such systems are constantly adapting their behaviour in response to feedback about its results and observations about what others are doing. And in today’s densely interconnected world, those feedback loops operate faster and with more information than ever before in human history.

As a result of these factors, today’s competitive environment is characterised by hidden tipping points, sudden regime changes, and a rising number of so-called “black (or grey) swans”.

The behaviour of complex systems is extremely difficult to accurately predict, and the challenge increases exponentially as the time horizon lengthens.

The second cause of anticipation failure lies in how human beings are “wired” to perceive the world around us.

Throughout most human existence people naturally used stories rather than formal models to make sense of an uncertain world, including the fundamental cognitive activities of explanation and prediction.

Stories are powerful because they have both rational and emotional content; while that makes them easy to remember, it also makes them very resistant to change. The old saying that it takes twice as much evidence to change an opinion than it does to form one is, if anything, an understatement. When a company’s environment is rapidly changing, this can easily cause the failure to anticipate new threats.

But it gets worse. To avoid cognitive dissonance, people naturally tend to look for and put more weight on information that is consistent with, and reinforces, existing stories. As Daniel Kahneman* has noted, “familiarity with inferior information breeds blindness”. This explains why directors’ risk blindness is apparently commonplace.

Neuroscience researchers have also found that human brains asymmetrically update memories, with too little weight given to negative experiences, which in turn creates a natural bias towards over-optimism.

In sum, at the individual level, many basic human cognitive processes are potential sources of anticipation failure.

Group dynamics are the third source of these breakdowns, especially the natural tendency to conform to the views of peers, particularly in situations where uncertainty is high. This produces a tendency towards “groupthink”, which inhibits the airing of dissenting views and new information that does not cohere with the group’s preferred story.

Organisational factors give rise to a fourth source of anticipation failure, via the tendency to recruit and promote people who have similar views, and the increasing desire (particularly as a company grows) to avoid errors of commission (e.g. false alarms), even though that makes errors of omission (e.g. missed alarms) more likely.

When you look at all the forces involved, it is easy to see why anticipation failures have tended to be the rule, not the exception, throughout corporate history. In our next briefing, we’ll review what directors and boards can do to improve their chance of avoiding them.

Neil’s first article on strategic risk for Board Agenda, Boardroom Conversations, is here.