Research shows that more than half of business leaders find it difficult to talk about mental health issues, but identifying potential problems is one way to prevent a snowball effect, say experts. 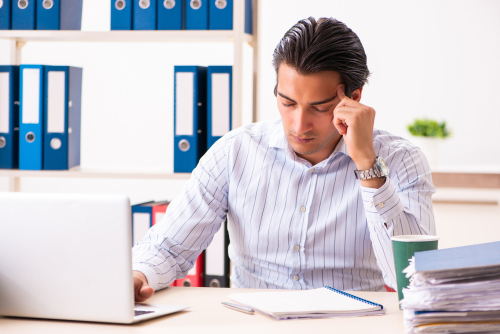 In 2011, gripped with dealing with a bank still in a very parlous financial state, Lloyds Banking group chief executive Antonio Horta Osorio went days without sleep—his mind gripped with finding a sustainable path for his business.

Horta Osorio’s time at the Priory to recover, and a subsequent two months away from the role, broke a taboo: that granite-like executives should not only appreciate they will be bumped and scraped in an extremely high-paid role, but brush themselves down and get on with it.

“There’s a worrying association between mental health and inability to lead, which makes the topic taboo.”

However, seven years on and macho attitudes still exist at the top, and continue to permeate down to eager and pliable high-flying young staffers.

City Mental Health Alliance (CMHA), a coalition of businesses set up to enable mental health to be discussed as much as physical health is, found that two-thirds of graduates and students see disclosing previous mental health issues as damaging to their job prospects. Some 62% are worried about the impact of a City job on their mental health.

At the other end of the spectrum, Bupa Global found that 58% of the 1,500 global business leaders they interviewed felt it was harder for them as chiefs to be able to talk about mental health issues. A quarter felt less supported on such issues as a senior leader.

“Business leaders are not immune to mental health challenges, and in some case can be especially vulnerable,” stated Bupa Global commercial director Europe Patrick Watt (who also leads the CMHA’s graduate mental health programme). “In addition, there’s a worrying association between mental health and inability to lead, which makes the topic taboo.”

But the signs of mental health issues can be missed, whether consciously or subconsciously, by those suffering.

Kelly Feehan, a service director at accountants’ support group CABA, says there are tell-tale signs and hallmarks that an executive can identify.

As with Horta Osorio, declining sleep quality is a classic sign of stress, along with other changes in behaviour, such as eating more or less than usual; avoiding discussion with colleagues you’d normally be sociable with; an inability to concentrate or focus; and seeking more assurance than normal on your work (which includes trying to overperform).

Moving quickly to gauge the cause of the stress, take an action, then record its impact, must be followed as much as any other business process.

“Work out what may cause excessive pressure or demand on [you or] members of your team. Identifying potential problems gives you time to put measures in place before they become a bigger issue,” says Feehan.

For team leaders, taking time to hold informal briefings regularly to gauge wellbeing is a vital first step to understanding your employees’ mental condition. If there are concerns, then the small things matter: in open-plan offices it’s difficult to use “glass rooms” without alerting everyone to your discussion—so normalise the use of the rooms so as not to raise others’ interest. Moving quickly to gauge the cause of the stress, take an action, then record its impact, must be followed as much as any other business process.

“Juggling leading a business, managing your own mental wellbeing and that of others can be a challenge for senior executives,” says Feehan.

“However, looking holistically at the situation and putting achievable steps in place will start the process, and hopefully in the coming months and years, employees, no matter what their level, will no longer worry about speaking out about mental ill health,” she concludes.