In the 2022 season, hybrids have carved out an audience, although in-person and fully virtual annual general meetings remain dominant. 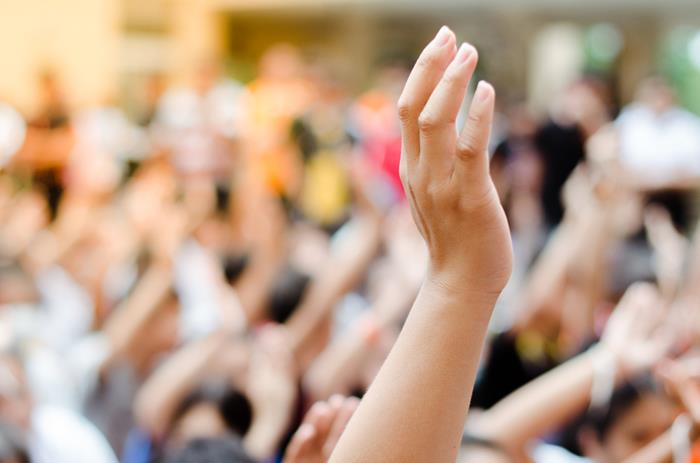 In early 2020, companies around the world pivoted to hosting nearly all annual general meetings (AGMs) virtually, to comply with temporary pandemic-related regulations and to safeguard the health and safety of shareholders and stakeholders.

Almost three years later, we’re beginning to see new patterns emerge in the market in terms of how companies are hosting their annual meetings within different regions.

Despite an overall relaxation of restrictions globally, fully virtual shareholder meetings have largely remained popular among clients during the 2022 AGM season. During the season, 28.3% of global meetings by client issuers were organised virtually, compared with 30.9% in the previous year.

In-person meeting prevalence shows a correlation with the relaxation of pandemic restrictions.

Virtual and hybrid (a combination of virtual and in-person) meetings were more common in regions where Covid-related restrictions were lifted later in the year—especially in UCIA, Canada and Hong Kong, as well as in Australia and New Zealand. Unsurprisingly, these regions saw in-person meetings decrease; for example, UCIA saw a 4% proportional decline in in-person AGMs.

Amongst the six main areas Computershare analysed, Hong Kong experienced the largest proportional (5.6%) increase in hybrid-hosted AGMs. Whilst hybrids only accounted for a tiny portion (0.1%) of AGMs in the country during 2021, the proportion rose to 5.7% in 2022.

It is worth noting that, across the six markets, Hong Kong remains the jurisdiction with the highest proportion of AGMs held in a traditional, in-person format.

Despite hybrid meetings constituting a very small portion of AGMs, more issuers elected to host them during 2022. As a result, shareholders at these events had the choice to join in person or virtually.

Australia and New Zealand experienced the second highest increase (2.8%) in the proportion of 2022 AGM meetings held either virtually or as hybrids (2.5%), with nearly half (48.4%) held in person as at June 30, 2022 (please note: the AGM season is ongoing in this region).

The US and continental Europe experienced the only resurgence of in-person meetings among the major markets: CE saw an 18.6% proportional increase in such meetings, whilst the US experienced an increase of 7%. This year’s US increase could be down to businesses that produce physical goods or high-cost equipment, such as farming equipment or trucks, taking the opportunity to physically showcase their products to provide shareholders with specific insights into the company’s strategic direction.

By contrast, although smaller companies in CE held their meetings in person, ‘large cap’ companies in the region were more likely to stick with a fully virtual format.

Those companies that brought in a virtual element into their meetings typically did so as a result of emergency legislation remaining in place, or to accommodate an international board or a global shareholder base.

Traditional, in-person meetings remain the majority preference for conducting AGMs, whilst the growth in full or hybrid virtual formats indicates that they are, in some form, here to stay. Notably, many recently listed issuers opted for virtual-only meetings and, as the data show, the proportion of hybrid meetings rose owing to jurisdiction-based demands.

Below are a few other considerations ahead of the 2023 AGM season:

• The choice for shareholders in a hybrid meeting format may encourage broader participation.

• Institutional investors and proxy advisers have put forth guidance on how companies can host AGMs, with several stressing the benefit of including a virtual element to enable all shareholders to access these events.

• Virtual and hybrid meetings can contribute to the reduction of greenhouse gas emissions, which may become a measurable disclosure for a company’s net zero pledge.

• Whilst pandemic restrictions continue to be lifted, some in-person meetings during 2022 experienced lower attendance than meetings held before the pandemic.

• The technical issues shareholders experienced during 2020 and 2021 resulted in public complaints.

Whatever method companies choose to hold meetings during the 2023 AGM season, the shareholder experience should be part of the decision.

Fiona Chalmers is the global CEO of Computershare Issuer Services